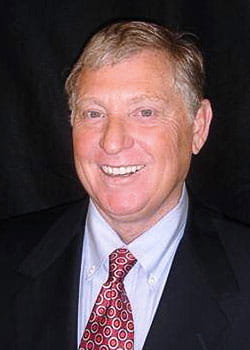 John Antonucci is the Executive Chairman of the Superior Beverage Group, a fourth generation company which was founded as the Superior Wholesale Grocery Company in 1922. The company ventured into the wholesale beer and wine industry after the Great Depression. After almost a century the company has expanded from its Youngstown, Ohio origin to become one of the largest beverage distributors in the nation and a leader in the industry; with a distribution footprint that includes Ohio, Colorado and Texas.

John was a founder and the Managing General Partner of the Colorado Rockies professional baseball team, where he served as the organization’s inaugural Chairman and Chief Executive Officer. He also served on Major League Baseball’s Realignment Committee.

John is an alumnus of The Ohio State University and has served on a multitude of charitable and philanthropic boards over the course of his 45 year tenure in business.