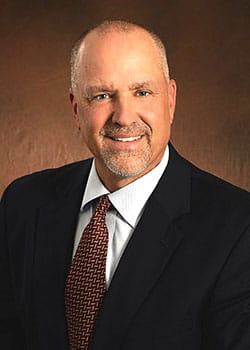 Bill Young was named president and CEO of Southwest Community Health System, the parent organization of Southwest General Health Center and the Southwest Community Health Foundation in 2015. Prior to joining Southwest General, Young served as president of UH St. John Medical Center in Westlake. Before joining St. John’s in 2011, Young worked in the administrative ranks for Cleveland Clinic’s South Pointe and Marymount hospitals, rising to the rank of Chief Operating Officer. Young has also served as President of St. Joseph Health Center in Warren, OH and was Vice President of support services and finance at Humility of Mary Health Partners. He has also worked in finance in the Meridia Health System, and Mercy Hospital in Toledo.

He has a bachelor’s degree in accounting from Ohio Northern University and an MBA from the University of Toledo.