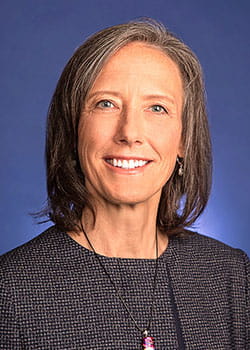 Jenniffer D. Deckard has been president and chief executive officer of Covia Holdings Corporation, a leading provider of minerals and materials solutions for the industrial and energy markets, since 2018. She served on the company’s board of directors until 2019. Previously, she was president, chief executive officer and director of Fairmount Santrol Holdings Inc. from 2013–2018, when Fairmount Santrol and Unimin Corporation merged to form Covia. Prior to that, Deckard held the titles of president from 2011–2013, vice president of finance and chief financial officer from 1999–2011, corporate controller from 1996–1999 and accounting manager from 1994–1996.

Jenniffer holds a bachelor’s degree in accounting from the University of Tulsa and an MBA from Case Western Reserve University.