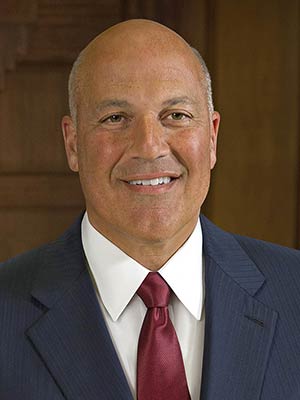 John is Chairman and Chief Executive Officer at Sherwin-Williams, a global leader in the paint and coatings industry. He has served as CEO since January 2016, and Chairman since January 2017. Previously, he served as Chief Operating Officer from 2006 until his promotion to Chief Executive Officer in January 2016. Prior to that, John served as President of the Paint Stores Group and has served in key positions of increasing responsibility at Sherwin-Williams since joining the company in 1984 in the company’s management trainee program; he is the first person to go from there to CEO in the company’s history.

John earned a bachelor's degree in Business Administration and Psychology from St. Joseph's College and an MBA from National Louis University.