In general, our fellows are excellent clinicians and have been highly rated residents. All fellows commit to the serious clinical training inherent in our program, and all enter the program with some interest in pursuing a career in academic medicine. Some have had extensive clinical and research experience prior to entering the fellowship, but some have not.

Our graduates go on to become academic and community leaders in the field of pediatric cardiology. 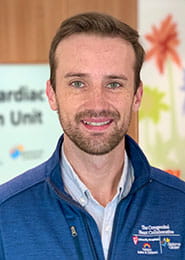 Peter is a first year cardiology fellow who hails from Lincoln, Nebraska. He completed his pediatrics residency at Vanderbilt University. He has contributed to medical mission work in Bolivia, Nicaragua, Mexico, and the Dominican Republic. In joining the Rainbow team, Peter brings a research background in DiGeorge Syndrome and heart transplantation. He plans on pursuing a career in advanced imaging or heart failure/transplant. He is a diehard Creighton basketball and Liverpool soccer fan. He enjoys soccer, live music, woodworking, backyard barbecues, and hosting friends for shrimp boils. 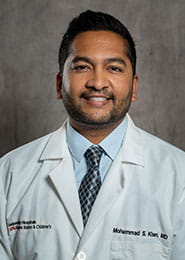 Shahn grew up all over the country, but calls Atlanta his home. He attended Emory University for undergraduate studies, then worked as a mental health counselor and discharge coordinator for 5 years. He met his amazing wife during this time, and together they have 3 rambunctious but very loving children. When not in the hospital, he loves to eat. This has been an easier hobby to consistently indulge in since beginning medical training. He also enjoys tinkering with cars and hopes to find time to join an Autocross club, and when not tinkering with cars enjoys strumming the guitar. He chose pediatric cardiology because he enjoy the pathophysiology that it entails. With the first year of fellowship out of the way, he is leaning towards either General Cardiology or pursuing an Advanced Imaging 4th year fellowship. 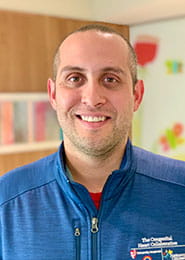 Ernesto is originally from Cali, Colombia and moved to Cleveland after completing his Pediatric residency training in Brooklyn, NY. After fellowship, Ernesto will pursue a career in interventional cardiology with emphasis on medical education. He was recently awarded the fellow teaching award by the residency program here at Rainbow and has authored and participated in numerous research and quality improvement projects. 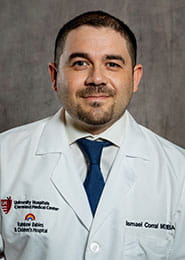 Ismael grew up in California’s Central Valley in Patterson, the apricot capitol of the world (yes, they have a festival). He attended the University of California at Berkeley where he graduated with honors. Having been raised in a medically underserved Latino community, where the economy was based on seasonal migrant labor, he entered the Program in Medical Education for the Latino Community (PRIME-LC) at the UC-Irvine School of Medicine. In that 5-year program, which cultivates physician leaders who will address social, economic and medical disparities within the Latino Community, he earned his MD and MBA. He completed pediatrics residency at Harbor UCLA Medical Center, a Los Angeles County safety net hospital nestled in Southern California’s South Bay. Currently a senior fellow at Rainbow, he is interested in fetal imaging. His current research interests include Wolff-Parkinson White Syndrome, and troponin leaks in children with chest pain. In his spare time he enjoys catching a plane (especially the red-eye from LAX to CLE) back to California to visit his wife and daughter, ATV riding, off-roading and spending time with his rambunctious and travieso Pomeranian, Yogi-Bear. 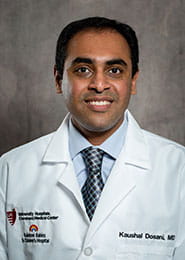 Kaushal was born and raised in Mumbai, India. He graduated from D.Y.Patil Medical College in Mumbai, then completed his general pediatrics training at University of Nevada Las Vegas School of Medicine. He enjoys playing cricket, reading books and he likes to play the flute in his spare time. He is interested in management of congenital heart disease patients in the critical care setting, and is pursuing additional cardiac critical care training after completing his cardiology fellowship.