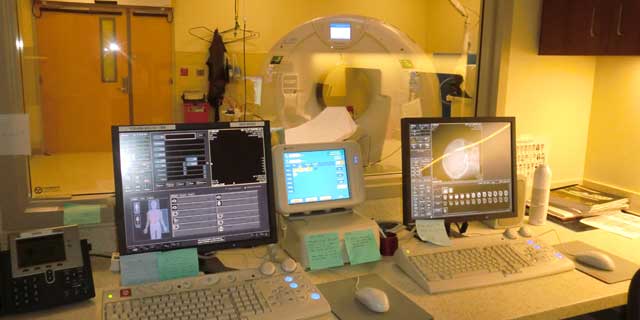 The success of the Neurology Residency Program at Case Western Reserve University/University Hospitals Cleveland Medical, is evident in the careers of people who have participated in it. Almost all of our graduating residents take fellowships either at University Hospitals or at other major institutions.

Throughout their successful careers, our faculty and alumni residents have gone on to take important leadership roles in clinical neurology, including Chairs and Deans at prominent organizations.

Twelve residents are selected annually for the four-year categorical program. The PGY1 year is identical to that of the first-year residents in the Internal Medicine Residency Program.

During the first year of Neurology training (PGY2), the resident is focused on activities in direct patient care in a hospital setting. The rotations include inpatient blocks on the following:

Teaching in the PGY3 year of neurology residency is organized as blocks within the various subspecialties of neurology in addition to learning basic neuroscience. The year includes attending the six-week neuroscience course for second year medical students at Case Western Reserve University School of Medicine. Residents attend the lectures and conduct small group sessions for medical students. The remaining year, residents attend blocks in EEG/epilepsy, EMG/neuromuscular, and pediatric neurology. Residents also spend some blocks as the assistant senior resident on the cerebrovascular and general neurology services. This is a transitional role preparing the resident for their senior responsibilities.

During the last year of training (PGY4), the emphasis is on management of patients on the neurology services, on teaching of fellow residents and rotating medical students and on preparing the resident to practice neurology as an independent physician. The responsibilities include overseeing the care of patients admitted to the cerebrovascular, general neurology and epilepsy services at UH Cleveland Medical Center and the combined Ward and Consult Service at the VA. In addition, residents complete their pediatric neurology rotation, as well as spend time on neuropathology, neuroradiology, and psychiatry, and outpatient neurology block in addition to several elective blocks. One block is spent as the night service senior. One block is spent in the UH Quality Institute learning risk management, quality and process improvement, and patient safety.

In addition to learning through direct patient care and attending rounds, there is a strong didactic curriculum. Each year contains one four-week block of vacation time and residents in all years of training participate in a core series of seminars and lectures. Components of the curriculum include: