Victims of Violence: The Antifragility Initiative at UH Rainbow Babies and Children’s Hospital

The Antifragility Initiative (AI) is a holistic, person-centered pediatric Hospital-based Violence Intervention Program (HVIP) serving youths and families in the greater Cleveland area. The program equips and empowers children, adolescents and families with healing, restoration and growth following an incident of violent injury. The AI is centered on the premise that children and families who have experienced major trauma due to violence benefit greatly from coordinated support as they begin to heal and reorder their lives.

Bringing an Antifragility Initiative to Victims of Youth Violence in Cleveland 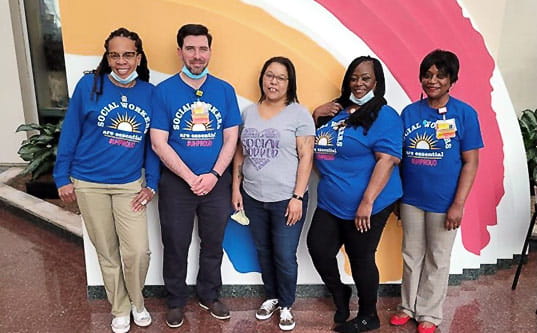 Many children in the U.S., especially black and brown children living in low-income neighborhoods, experience tragically high levels of violence in their communities. Spearheaded by Edward Barksdale, Jr., MD, Surgeon-in-Chief at UH Rainbow Babies & Children’s Hospital, the AI was launched in June 2019 to combat youth violence in the communities of Greater Cleveland.

At the time of its establishment, the AI looked to four similar initiatives in Chicago, Milwaukee, Philadelphia and Pittsburgh and assessed the best practices used by those programs to help young survivors of gun violence and other forms of assault. Like the HVIPs that came before it, the Cleveland-based AI is designed to address community violence from a public health perspective, recognizing that violence can be prevented with positive social support, mentorship and the development of coping skills.

We believe resilience following an incident of violent injury – a victim’s ability to return to being the person they were before the traumatic event – is not enough. We aim for children and teens who have sustained injuries due to violence to become antifragile: this term encapsulates the idea of a victim of violence growing stronger than they were before the incident. We adopted the name Antifragility Initiative to reflect this important focus.

The AI serves children and teens ages 6 through 17 treated for interpersonal and/or community violence at UH Rainbow Babies & Children’s Emergency Department at UH Cleveland Medical Center. This includes youths treated for gunshot wounds, stabbings and other forms of physical assault.

One of the key operating principles of the AI is acting quickly after someone has been shot or assaulted. Often in the immediate aftermath of violent injury, a victim who might not otherwise want or seek help is more open to receiving it. We call this critical time the “golden hour.” While the golden hour is vital for treating physical injuries, it’s also best time to enroll children and teens into programs such as the AI.

“By engaging youths and their families during this critical window, we set them up for a more successful recovery and decrease the incidence of future violence and injury.”

Goals of the AI

The specific goals of the AI include:

Objectives of the AI

The most important objective of the AI is to decrease the occurrence of violent re-injury among youths ages 6 to 17 who are treated at UH Rainbow Babies and Children’s Hospital for a violent injury. To reach the larger goals of the program, we pursue a number of strategic, measurable objectives, including:

The AI’s services for youth crime victims include:

In addition to its direct services for violently injured children and their families, the AI functions as an education and research initiative. Through a partnership with the Center for Urban Poverty and Development at Case Western Reserve University, we study best practices and identify social determinants of health to guide our interventions, disseminating our findings to the broader research and healthcare communities. Through a partnership with FrontLine Service, we are engaged in building a trauma-informed hospital staff to better meet the needs of our patients.