Think Cleveland is all snow and gloom? Think again. Here are 10 things we love about our city:

The Cleveland International Film Festival is a 12-day festival held in the spring each year that is acknowledged by Time magazine as a “must-see” and by the Academy Awards as an automatic qualifier for short films. Throughout the rest of the year, films from the festival and other independents are screened at the Cedar-Lee Theater in Cleveland Heights, where you can enjoy beer and wine with your movie.

Cost of living is below the national average and commute times are short. As a resident, you can afford to buy a house or condo and still go out regularly to dinner, a concert, a show, or a game. 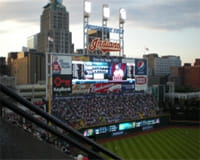 Enjoy a night at a Cleveland Indians game. 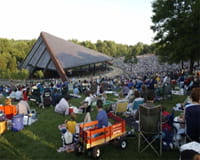 Enjoying the world-class Cleveland Orchestra at a summer concert at Blossom. Bring your own food and drinks to picnic on the lawn or buy seats within the pavilion.

People from more than 115 ethnic groups call Cleveland home, speaking more than 60 languages and practicing a diverse array of faiths. In addition, Cleveland has a significant LGBT population and culture, spread amongst the near west suburbs and in Cleveland Heights. UH and Case Western Reserve University extend employee benefits to same-sex domestic partners. And on the west side of the city, MetroHealth Medical Center operates the Pride Clinic, one of only 12 health centers in the country devoted to serving the health needs of the lesbian, gay, bisexual and transgender community. 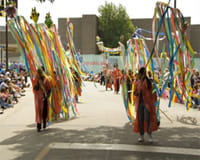 Parade The Circle, in University Heights. 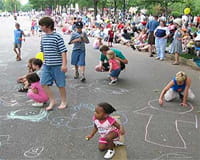 One of many family friendly community activities.

University Circle is an extraordinary urban neighborhood, home to more than 20 artistic and cultural venues, as well as a host of year-round special events. The Cleveland Museum of Art, a world-renowned art museum, recently underwent a massive expansion project and offers free access to its permanent collection. They also offer affordable membership, which includes access to the popular Friday MIX event for young professionals with themes based on current exhibitions. Severance Hall is home to the Cleveland Orchestra, one of the United States' Big Five orchestras, and they also play at the outdoor Blossom Music Theater in the summer. The Cleveland Botanical Garden includes a greenhouse showcasing two ecosystems: Madagascar desert and Costa Rica cloud forest. The Cleveland Institute of Art, Museum of Natural History, Cleveland Cinematheque, and Sculpture Center are also located in the Circle. 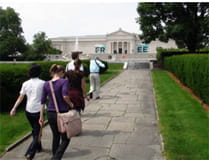 Trekking to the Cleveland Museum of Art 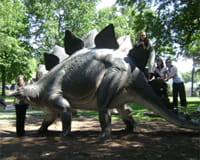 Stegosaurus at the Cleveland Museum of Natural History 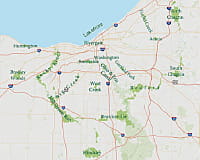 The "Emerald Necklace" of the Metroparks, where you can do fun activities in any season or just go for a hike with a friend or dog!

For a city of its size, Cleveland has an astounding number of live music venues. And there's something for everyone's taste. Attend the Cleveland Orchestra at Severance Hall. Relax with a live jazz show at Night Town or the Bop Stop. Party with thousands of fans at a mega-concert at The Q or settle into a more intimate crowd at the Beachland Ballroom or House of Blues. For those rock historians, there's also the Rock and Roll Hall of Fame. 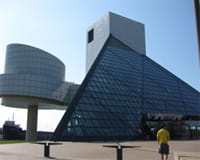 The Rock and Roll Hall of Fame

The highlight of Cleveland’s theater district is Playhouse Square, the second largest performing arts center in the country (outside of NYC), which draws well over one million visitors annually. The five beautifully restored theaters are home to the opera, ballet, concerts and an impressive Broadway Series and Great Lakes Theater Festival. One can also take advantage of affordable Broadway musical show tickets. Interestingly, Playhouse is also home to the largest outdoor chandelier in the world.

Although Cleveland may be America's most tortured sports city, we guarantee the fans will never stop cheering for our teams. 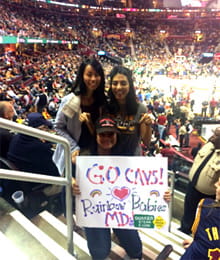 Cleveland is the city Food Network celebrity chef Michael Symon calls home. He has Lola and Mabel’s BBQ (East 4th Street), as well as a burger place called B Spot (many locations). We also have a multitude of other great independently-owned restaurants that share a commitment to their community and a passion for excellence in food and service. The Cleveland Independents group works together to use more locally-grown, fresh produce in their restaurants. 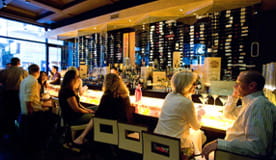 What is Cleveland's greatest asset? Its people. The friendliness of a Midwestern city is unparalleled and the people you will meet may just turn into your lifelong friends. 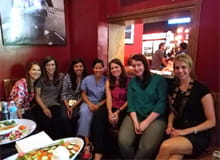 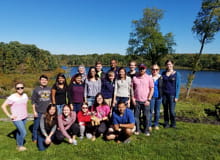 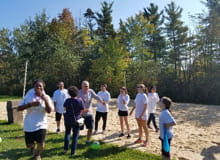 Cleveland is full of firsts and interesting facts. Discover some fun facts about Cleveland.

We help make a move to Cleveland easier – with valuable resources and guides to assist with relocation, housing and more.