What is Fibromuscular Dysplasia?

Fibromuscular dysplasia, commonly referred to as FMD, is an uncommon vascular disease that causes abnormalities in the medium-sized arteries of the body. FMD is not caused by plaque buildup in the arteries (i.e., it is not due to atherosclerosis, the most common cause of artery disease) and is also not due to vessel inflammation (or vasculitis) or blood clots. FMD can be found in many arteries throughout the body, although it most commonly involves the arteries of the:

In more than half of patients who have FMD, more than one part of the body is affected. The disease can affect men, women and children, but is most commonly found in women and most often presents in middle age.

What Are The Types of Fibromuscular Dysplasia?

Fibromuscular dysplasia (FMD) is classified into two types based on the appearance of the arteries on imaging studies. These types are: 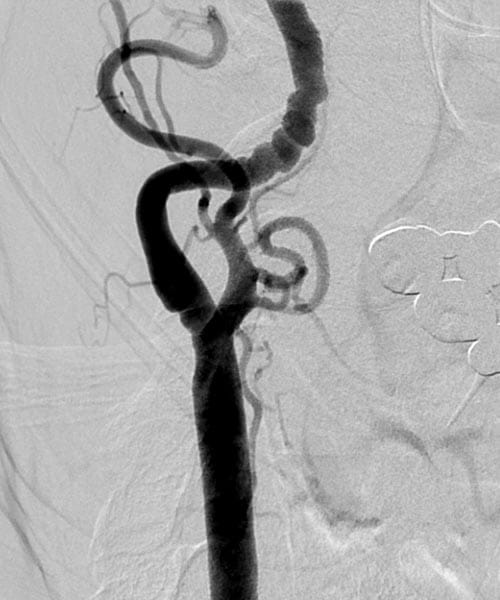 Multifocal fibromuscular dysplasia: The most common type of FMD, multifocal FMD is found in the large majority of adult patients with FMD. On an angiogram, this type of FMD appears as a “string of beads” or “string of pearls”. It is characterized by alternating areas of narrowing and bulging which form the beaded appearance. 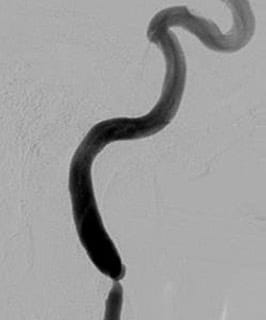 Focal fibromuscular dysplasia: Focal FMD is rare among adult patients, but may be more commonly seen among children effected by FMD. On an angiogram, this can be characterized by a single narrowing (stenosis) within the diseased artery. This type of FMD can be more difficult to distinguish from other types of artery disease, such as atherosclerosis or vasculitis.

In addition to multifocal and focal lesions in the arteries, it has recently been recognized that FMD can cause other artery problems, including artery tears (dissections), bulging of arteries (aneurysms), and a “twisty” appearance of the arteries (tortuosity).

Though there is likely a genetic component to the development of FMD, specific genetic factors have not been fully determined. Recent research has found an increased risk of FMD associated with a variant of a gene known as PHACTR1. While this variant has also been linked to common FMD symptoms such as cervical and coronary artery dissections, high blood pressure, and migraine headaches, it is likely that there are multiple genetic factors which increase the risk of FMD. This is an area of ongoing research.

Schedule an appointment with an FMD specialist
Back to Top