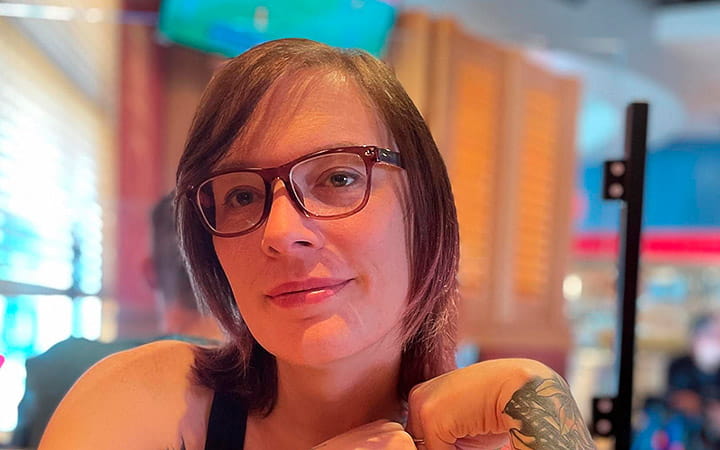 Around the world, there are millions of people who suffer from gender dysphoria and a lack of gender-affirming care. Without the empathy and support of loving communities, these individuals are not able to realize their dreams of aligning with their true identities. At University Hospitals, the LGBTQ+ & Gender Care program is designed to provide accessible gender care and clinical transition support. As a current consulting member and former patient of University Hospitals LGBTQ+ & Gender Care services, Zoe Jane Halo happily shares her experience with the UH team. 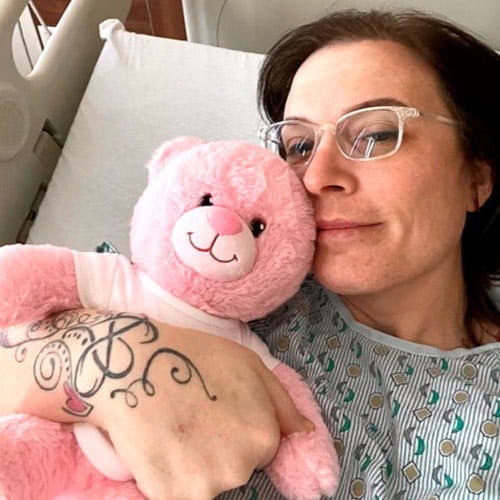 Like many members of the transgender community, Zoe had difficulties embracing her true identity. Growing up in rural Oklahoma left her with limited opportunities for gender expression, and prevented her from transitioning until she was well into her adult life. As a child, Zoe remembers feeling like she was not accepted by the boys in her life.

“I never really fit with the boys. My best friend was my cousin…I hung out with her and did all the things that girls do,” said Zoe.

When Zoe was not with her cousin playing with dolls, she was in the kitchen with her aunts and grandmother – preparing food while the boys outside played in the dirt. But as she got older, Zoe felt pressure to find her place with the boys.

“I remember thinking, ‘I’m going to have to figure out how to fit in here, because this is going to be a problem if I don’t.’”

After spending roughly three years in the United States Army, Zoe was honorably discharged and began her journey toward gender affirmation. Through her relationship with the Veteran Affairs Hospitals, Zoe connected with a mental health counselor, and was approved to begin her transition.

After reading that Cleveland had one of the most affirming communities nationwide, and excellent gender care services, Zoe packed up her life and moved cross country in less than a week. Zoe tried a few hospital systems in Northeast Ohio until she found her fit at University Hospitals. With the guidance and support of Shubham Gupta, MD, FACS, Director of the Surgical Gender Affirmation Program and Division Chief for Reconstructive Urology at University Hospitals Cleveland Medical Center, Zoe launched her journey of gender affirmation.

After doing her research and taking great care to understand and advocate for her body, Zoe asked Dr. Gupta if she might be a candidate for peritoneal pull through (PPT) vaginoplasty. Unlike the standard penile inversion vaginoplasty (using skin from the penis and scrotum to line the vagina) that many transgender women receive, PPT uses abdominal (peritoneal) lining to line the surgically developed vaginal walls. A newer development in gender-affirming surgery, PPT has many benefits, including an additional 2-3 cm in vaginal depth, decreased chance of scarring, some natural lubricating qualities and no need for hair removal. Today, Dr. Gupta is one of the few surgeons in Northeast Ohio to regularly perform PPT Vaginoplasty surgeries, but Zoe was his first. Both Zoe and Dr. Gupta were thrilled to have made this match. 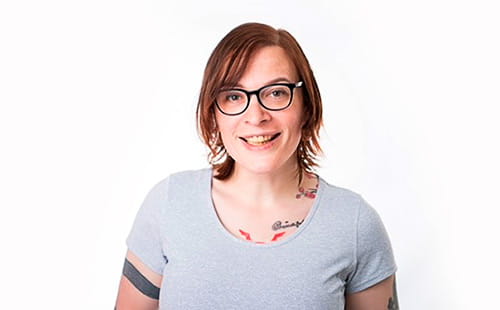 Zoe’s transition journey has included many other complementary procedures, including body and facial feminization. Together, her surgeries have allowed Zoe to finally express her true gender identity.

“I get treated pretty well, I haven’t been misgendered in a few years,” said Zoe. “People look at me and see a woman – it’s nice.”

This year, Zoe is celebrating her five years post-transition. After a long and tumultuous journey (of mind and body), Zoe finally lives the gender euphoria that every person deserves.

“It’s better than I ever could’ve imagined…the care team at University Hospitals has been nothing but rock stars. I’ve referred at least a dozen people there for surgeries...From going to the doctor’s office to meet the surgeons to going to pre-op to waking up and recovering…it’s all top notch.”

In partnership with University Hospitals LGBTQ+ & Gender Care, Zoe uses her experiences to inspire and guide others as they pursue gender care and transition services. Looking forward to the future, Zoe hopes to continue to help fellow transgender women, and show them the empathy and warmth she received at University Hospitals. 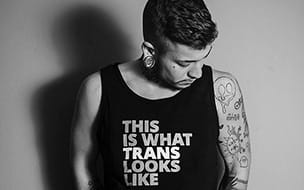 Born with a girl’s body 23 years ago, Bobby always knew his gender just didn’t feel quite right. With the help of University Hospitals, Bobby was...