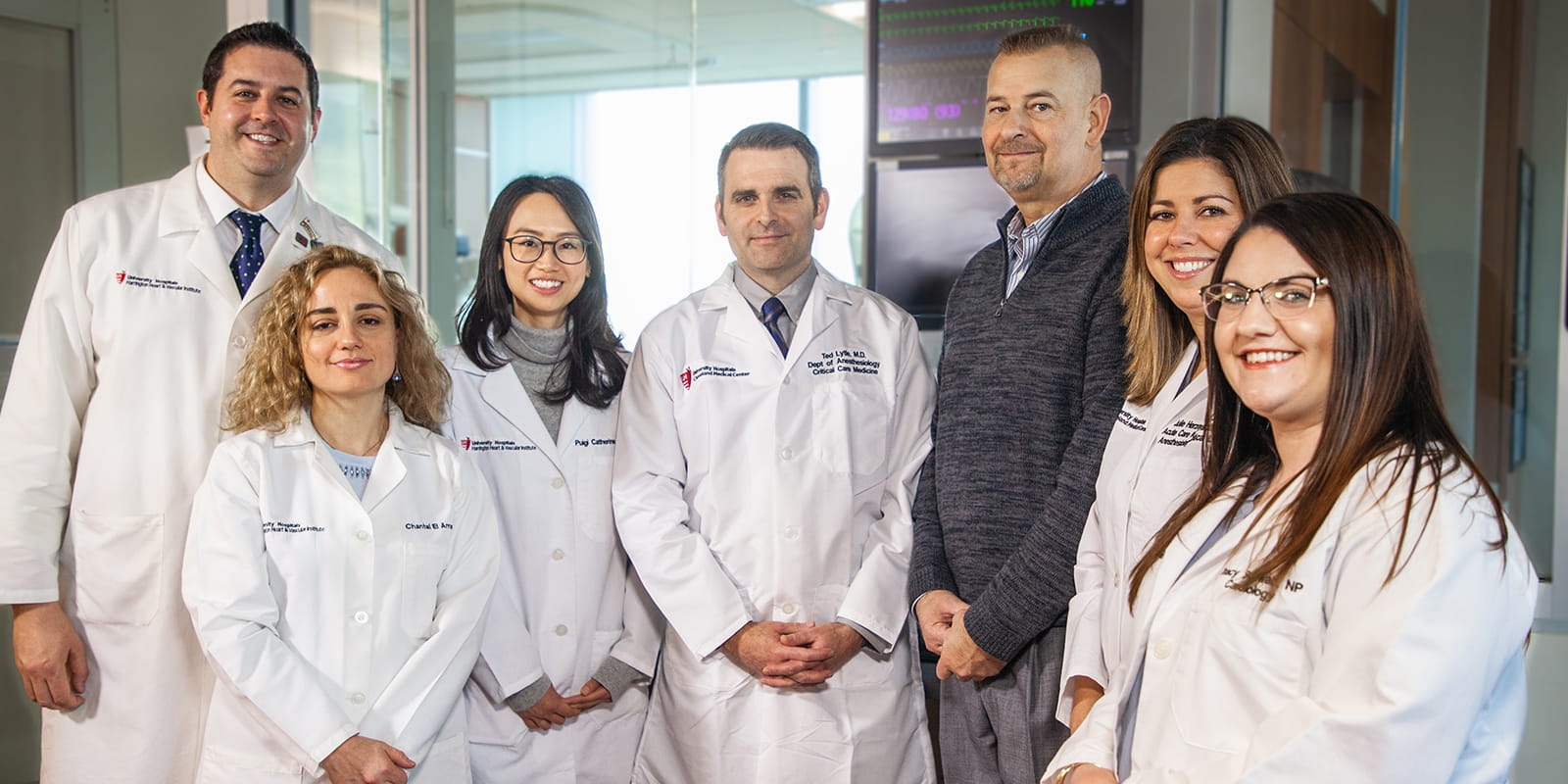 When 55-year-old Richard Mack began exhibiting signs of cardiogenic shock, his cardiologist called the UH Shock Team. Over the following three weeks, extraordinary measures would be used to save his life, demonstrating the power of advanced care and collaboration.

Cardiogenic shock occurs when the heart cannot sufficiently deliver oxygenated blood to the body’s organs. Not all hospitals are equipped to treat this condition, so Richard was transported via helicopter to UH Cleveland Medical Center where the UH Shock Team gathered, ready to begin life-saving care. 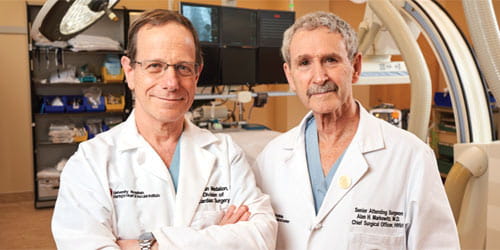 “We’ve conducted outreach within the system and to cardiac programs outside of UH,” said Michael Zacharias, DO, Medical Director, Mechanical Circulatory Support, UH Harrington Heart & Vascular Institute. “By informing referring physicians of the quaternary care available at UH, we are saving lives that may not have been saved before.”

According to Francis (Ted) Lytle, MD, Medical Director, Cardiothoracic Intensive Care, UH Harrington Heart & Vascular Institute and Division Chief, Critical Care Medicine at UH Cleveland Medical Center, “The cardiogenic shock program emphasizes the collaboration of the team, and Mr. and Mrs. Mack were active members of the team by being engaged in the care process. It was an honor to care for Mr. Mack, and we could not be happier with the outcome.”