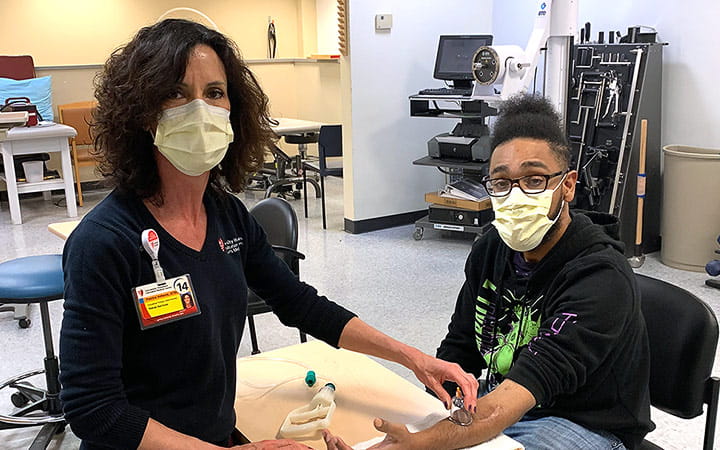 Howard Stone was on the job as a welder when he suffered a traumatic injury to his arm. Some metal came down on his forearm, cutting multiple nerves, arteries, muscles and tendons.

The damage to his arm was extensive, and Stone was worried he may never have use of his hand again. But thanks to reconstructive surgery, months of occupational therapy and his own hard work and determination, Stone is making a remarkable recovery.

According to Volkens, Stone is such a memorable patient because of how dedicated he was to overcoming his injury.

“He will always stick in my mind over the 27 years as a therapist because of the amount of effort between patient, therapist and physician. I am so proud of this team,” Volkens says. “Working with a patient like Howard makes a therapist motivated to get out of bed in the morning and get to work.”

Stone progressed and achieved much more than either one of them imagined. Stone never thought he would be able to hold or pick up his 6-month-old son since he was unable to even move his hand before starting therapy. He credits Volkens with helping him come as far as he has in his recovery.

“Patrice has been one of the most fundamental persons in my life and my biggest supporter,” Stone says. “Her mantra was always, ‘We will get you back to being you.’”

Stone says his experience as an athlete helped him gauge how hard to push with his therapy, and how to do so safely. Some people who suffered this type of injury may have walked away with little to no use of their hand. But with manual therapy, progressive splinting, cupping, stretching and scar management, Stone is now able to use his hand for eating, drinking, self-care and holding his child.

Eight months after beginning his therapy, Stone’s strength and range are returning. Persistent numbness to his hand will limit the dexterity needed for welding. However, Stone plans to work toward a new vocation as a high school teacher.

He also plans to continue with his therapy to regain as much function of his left hand as he can. The hallmark symptom of tennis elbow is soreness on the outside of the elbow. When you find it challenging to perform daily activities, it’s time... 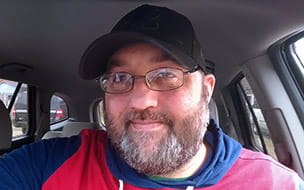 Finding the First Relief From Nerve Pain in 17 Years

Think back 17 years. Now imagine that for all those years, you were dealing with extreme and chronic pain in your back. That’s a long time to...