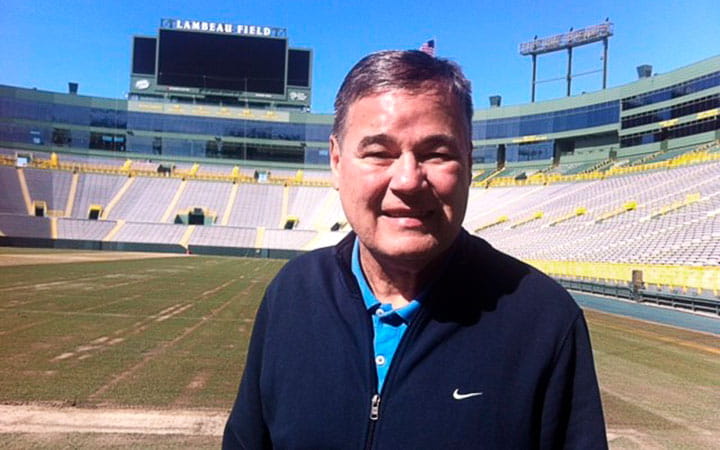 After 41 years of coaching football for area high schools and a college, Al Gizzi knows the importance of assembling a solid team.

When a blemish on his forehead turned out to be an invasive, potentially disfiguring cancer with cells also in his nose and cheek, a team of UH specialists collaborated on a complex surgery and innovative treatment that spared his nose. The Multidisciplinary Skin Cancer Team came up with a game plan to save Coach Gizzi's life and prevent him from being severely disfigured. This team included Jeremy Bordeaux, MD, & Wesley Yu, MD (Dermatology/Mohs Micrographic Surgery); Ankit Mangla, MD (Medical Oncology); Jason Thuener, MD (Head and Neck Oncology); and Mara Beveridge, MD (Dermatology).

In early 2020, he sought care from UH. Drs. Bordeaux and Yu performed a Mohs micrographic surgery for thorough removal of this invasive cancer and concurrent reconstruction.

“Dr. Bordeaux literally knew within a minute that the squamous cell carcinoma was extensive,” recalls the coach, who spent four decades of football seasons in the sun at Holy Name, St. Ignatius and Strongsville high schools, as well as Baldwin Wallace University. “He looked at my face, I’ll never forget it. Just the appearance of my lower forehead and nose indicated that there was a serious problem.

”Oh, my gosh, I needed so many pain injections, and I had to stay awake for the surgery. They literally removed my forehead down the center – four inches wide, five inches long – extending down into my nose, but they saved my nose.”

Al appreciated the personable bedside manner of his medical oncologist, Dr. Mangla, whom he saw every three weeks for 90-minute treatments over a period of several months.

Given Al’s recent recovery from lymphoma and a history of rheumatoid arthritis, he presented a challenging case. Through collaboration with UH Seidman Cancer Center’s tumor board, his care was coordinated for the best outcome. Dr. Mangla, a specialist in cutaneous oncology/skin cancers, provided immunotherapy for the vast open wound until Al’s face healed enough over the next five months to endure radiation therapy.

Immunotherapy has come to the forefront of treatment of squamous cell carcinoma. Typically, however, medical oncology enters the picture further along in the patient’s journey, once surgical and radiation options have been exhausted. In Coach Gizzi’s case, immunotherapy served as a bridge to help him heal until radiation oncology could take over.

“This case was unique as the scope of surgery was so extensive,” says Dr. Mangla. “We needed Mr. Gizzi’s wound to close before we could safely administer radiation therapy that would deliver the final blow to the tumor. However, since wound healing would have taken weeks, there was this potential threat of the tumor coming back in that period. We used immunotherapy to treat him during that three months in an attempt to keep the tumor under check, while he continued to heal and the wound closed to a point where radiation therapy could be delivered safely.”

Once Al’s forehead and nose healed sufficiently, he received daily radiation treatments over a six-week period. The central facial location and the extent of Al’s disease made it a challenging case.

In all respects, from the extent of the surgery and reconstruction of Al’s face to the healing of his wounds and management of associated skin rashes, his case is “quite impressive,” doctors agree.

“Mr. Gizzi had a very, very bad skin cancer and has healed very nicely, with – as of now – no recurrent disease,” says Dr. Bordeaux. “Our tumor board is a great group of physicians who all came together as a team to provide his care. I’m thankful that Coach Gizzi is doing well.”

For a very analytical man who pays close attention to detail, Coach Gizzi feels fortunate to have had the A-team. But he also knows that choosing UH was less luck than a carefully considered and well-made move.

“I can’t tell you the confidence and peace of mind it gave me that this medical team was literally talking about me once a week,” says Al. “That was so reassuring.” 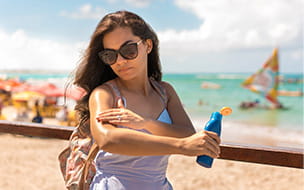 How To Choose a Sunscreen That Packs the Best Protection

Sunscreens are essential to lower your risk of skin cancer, and they also prevent premature aging of the skin, But with so many options, how do you...