COVID-19 Update: UH has visitor restrictions in place to protect patients and staff against coronavirus. Permitted visitors will be screened for flu-like symptoms. Click here for additional information on non-essential appointments, testing locations, COVID-19 information and how you can help during this crisis.

Disciplining Your Child at Any Age 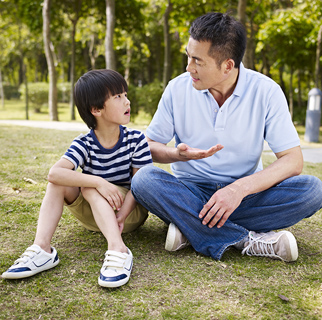 Each child is different, but most children need to be given clear rules about behavior. Discipline needs to start as soon as a child is pulling up and crawling. Infants rely on their parents to provide a safe environment. Discipline should be age-focused. And it should teach age-appropriate behaviors.

Things to keep in mind

Some general values about discipline include:

How to lessen unwanted behavior

Try not to reward a child or give positive support for a bad behavior. For example, if your child is having a tantrum, giving him or her a cookie to be quiet is a reward for the bad behavior. To help lessen bad behavior, try these tactics:

Punishment has 2 forms, including:

A behavior can also have a natural result that’s like punishment. For example, a child who won’t eat may go to bed hungry.

Keep in mind that spanking and other forms of physical punishment aren’t helpful. This type of discipline teaches a child aggressive behavior.

Tips for discipline by age

Discipline often depends on the age of a child, and how much he or she understands his or her behavior. These are some tips for discipline by age group.

Based on your individual needs, you may be offered an in-person, online or telephone appointment. Call 1-844-791-6047 today to make an appointment and find out which option will work best for you.