Seeing the Patient as a Person Facilitates Healing 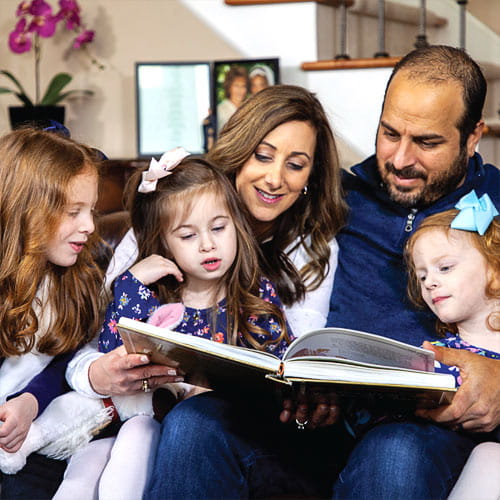 Gina Ciani relishes the gift of time with family.

Gina Ciani’s breast cancer was confirmed on the very same day she learned her mother’s cancer had aggressively returned. The pair, always close, started chemotherapy together two weeks later. Compassion guided their care teams, as evidenced by the pivotal decisions made by oncologist Judah Friedman, MD, radiation oncologist Janice Lyons, MD, Bob and Ann Gillespie Master Clinician in Oncology, and gynecologic oncologist Steven Waggoner, MD, Anderson Family Master Clinician in Gynecological Oncology, in treating Gina’s cancer. But it may be best displayed by the post-acute nurses at her bedside after surgery to remove her ovaries. Gina awoke to the grim news that her dying mother had just hours to live. Her nurses sprang into action to rapidly expedite her discharge and made sure she got home safely to her mother, who passed away later that day. “Everybody has a story,” explained Gina. “If the nurses had not recognized how important it was for me to be with my mom and just moved on about their day, it would have been a pivotal moment in my life. But they didn’t. They got it. And that’s the care you get at UH.” 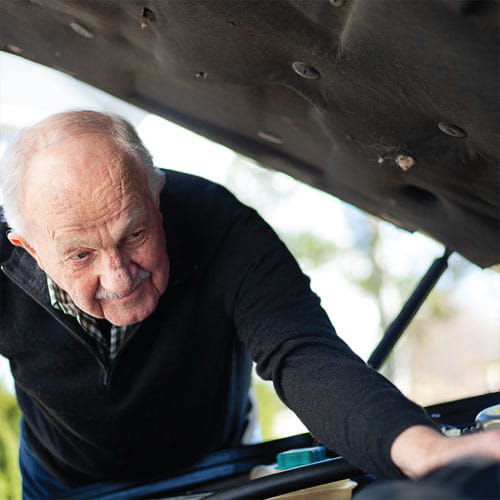 Heinz Binder was distressed to learn the non-small cell lung cancer that first appeared six years earlier had returned. Then he was dealt another blow: the medication that could target a defect in the ALK gene would cost a staggering $6,000 each month. “It was extremely expensive,” said Heinz. “I certainly couldn’t afford it.” Enter UH Specialty Pharmacy, an indispensable team that helps patients navigate the challenging world of retail pharmacy. Pharmacists well-versed in the use and side effects of oncology drugs work closely with patients at UH Seidman Cancer Center locations to help them obtain and safely take these powerful drugs. Staff also assist in finding foundation funding to cover steep co-pays. In less than three years, UH Specialty Pharmacy is filling 2,000 percent more prescriptions, covering areas like gastroenterology, rheumatology, cystic fibrosis and hepatology/ solid organ transplant, in addition to oncology. “They have been extraordinarily helpful in following up and helping me,” said Heinz, who has also been cared for by clinical staff at the UH Seidman Cancer Center at UH St. John Medical Center. 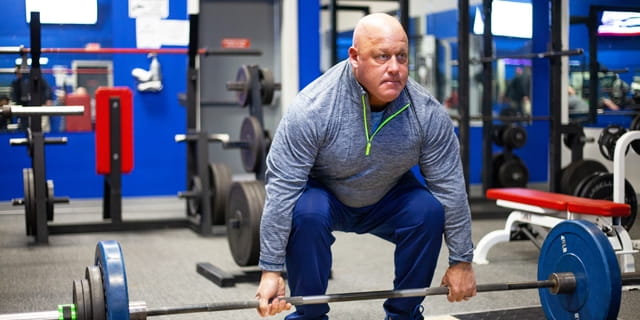 With the strength he called on at powerlifting competitions, UH patient Jeff Peshek is determined to win his war on cancer.

Jeff Peshek blacked out behind the wheel of his truck after visiting a family member in the hospital. Doctors in the ER discovered two masses in his head and immediately transferred him to UH Ahuja Medical Center, where they were familiar with a noted neurosurgeon. Tiffany Hodges, MD, successfully operated to remove a multifocal glioblastoma of the temporoparietal lobe. “We think the world of her,” said Jeff. “Being so close to paralyzing nerves, she did an amazing job.” Jeff was also grateful that he was able to return to the UH Seidman Cancer Center at Salem Regional Medical Center, nearly an hour closer to his home in Mahoning County, for radiation therapy with William Demas, MD, and chemotherapy with Ayla Kessler, MD. Jeff knows that glioblastoma is an aggressive form of brain cancer and that he may never again work as a tour bus driver. But he’s also confident he’s in the care of a compassionate network of cancer experts. “We can’t say enough about Dr. Hodges and all the care we’ve received from everyone,” Jeff said. “It definitely saved my life.”