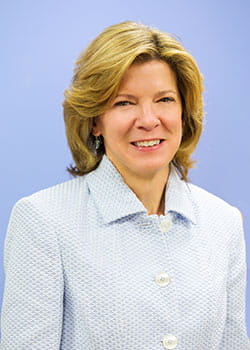 Patti has served on a number of regional and national programs related to the health and wellness of children and families. She served as the 2017 chair of the American Hospital Association’s (AHA) Section for Maternal and Child Health Governing Council as well as the chair of the Ohio Children’s Hospital Association Board (2017-2019). Patti was appointed to the Cleveland State University Board of Directors in 2019, and the Children's Hospital Association national “Solutions for Patient Safety” Board in 2015. She has served in a number of local organizations including serving as co-chair of the Executive Committee of First Year Cleveland, chair of the Cleveland March of Dimes “March for Babies” walk, leader of the University Hospitals of Cleveland United Way campaign, Board Member of The Center for Health Affairs and the Ronald McDonald House of Cleveland, and is an alumni of Leadership Cleveland class of 2016.