1910: Lakeside Hospital was the world’s first hospital to perfect the manufacture of nitrous oxide gas.

1917: David Marine, MD, discovered that goiter can be prevented and cured by iodine supplementation, leading to the availability of iodized salt around the country and the world. 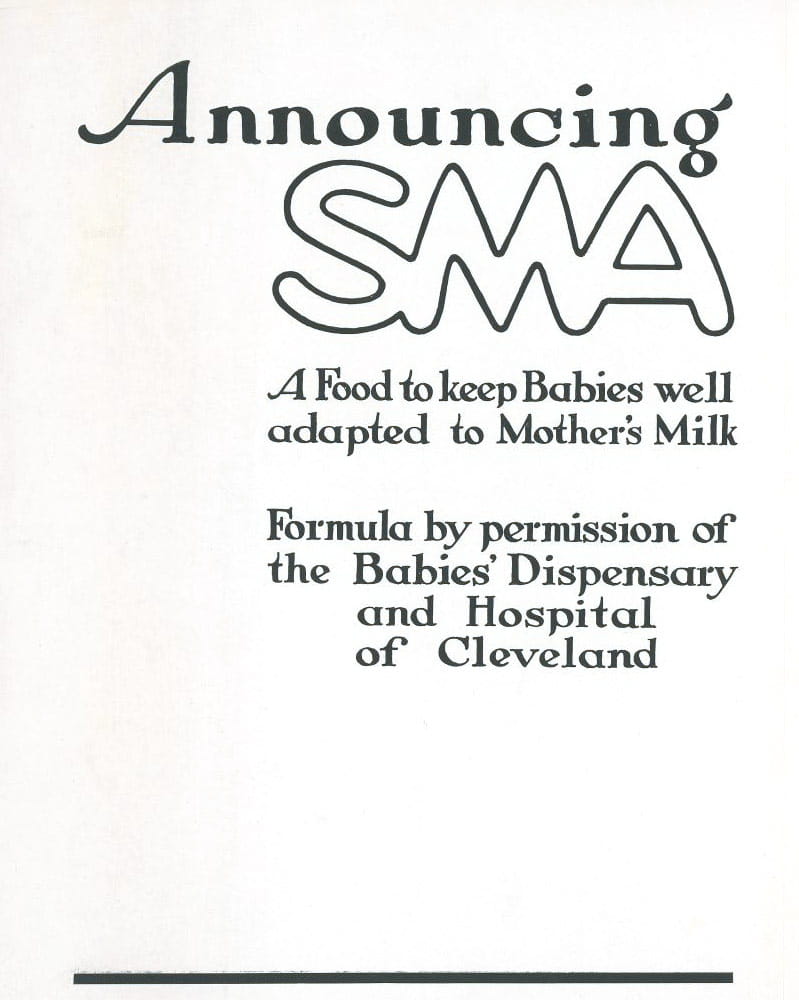 1934: Harry Goldblatt, MD, described the role of the kidneys in hypertension (high blood pressure), laying the foundation for the discovery of renin and eventually the development of enzyme-inhibitor medications to treat chronic hypertension. 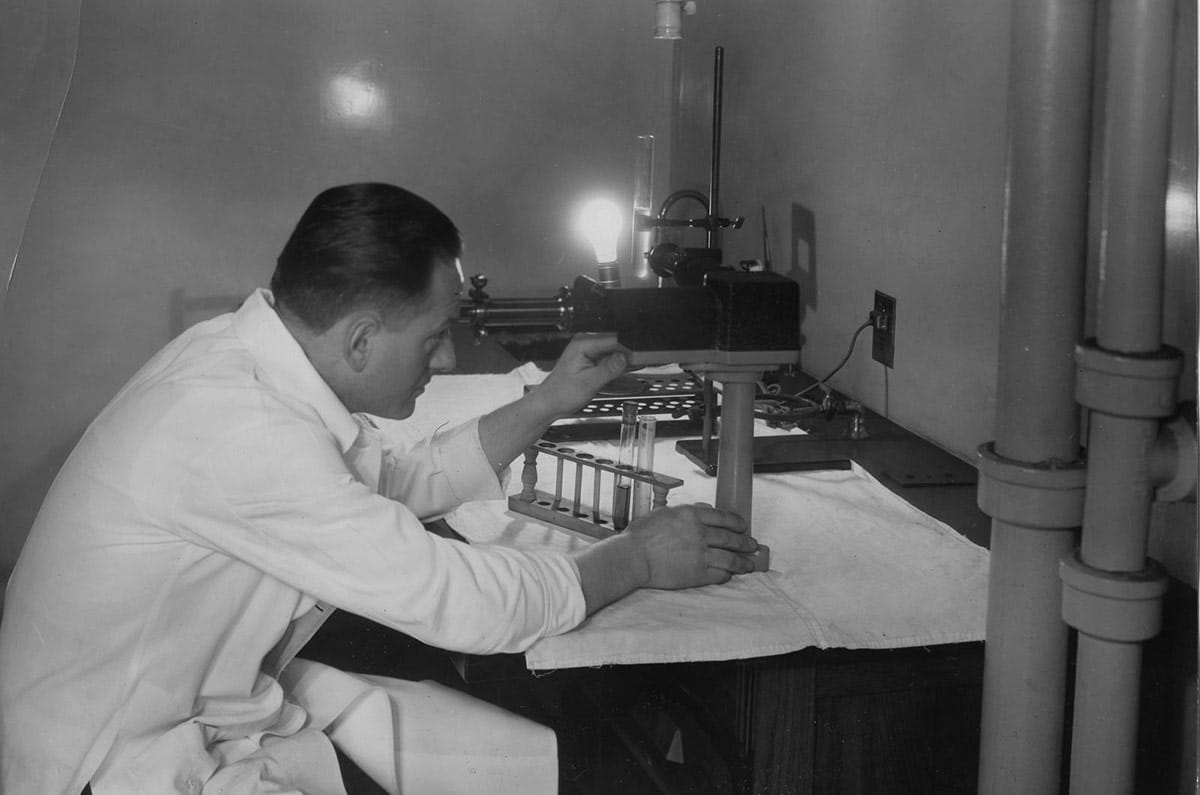 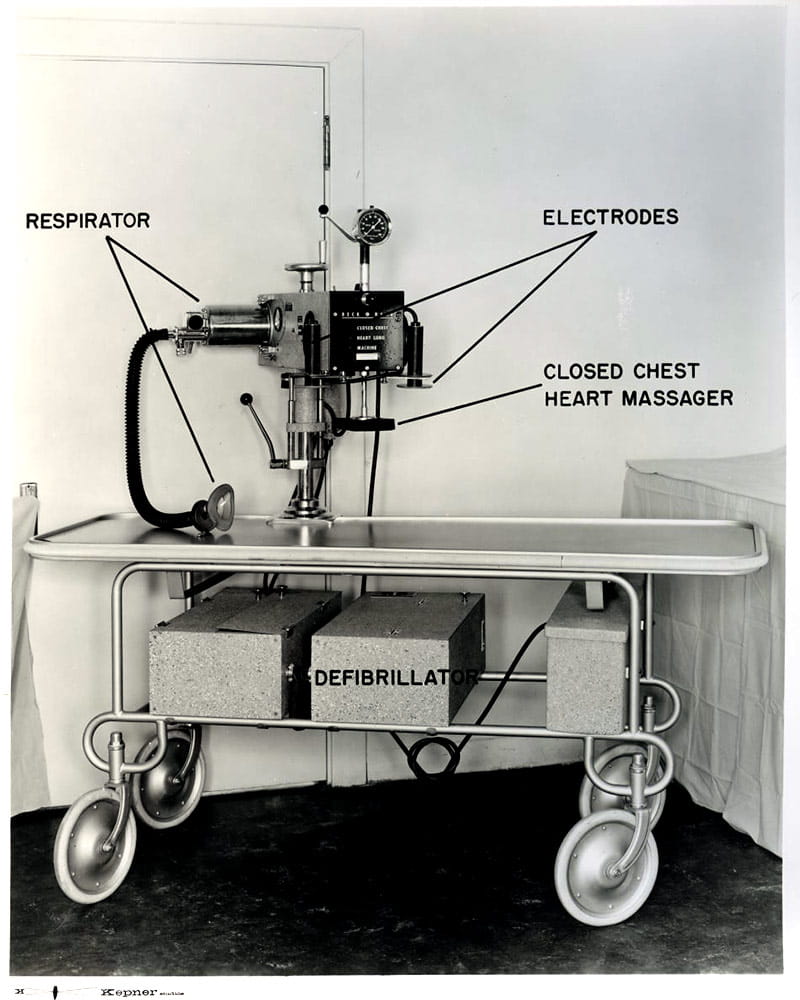 1947: Hymer Friedell, MD, initiated research that became the essential source of information on the long-term effects of radiation on humans. 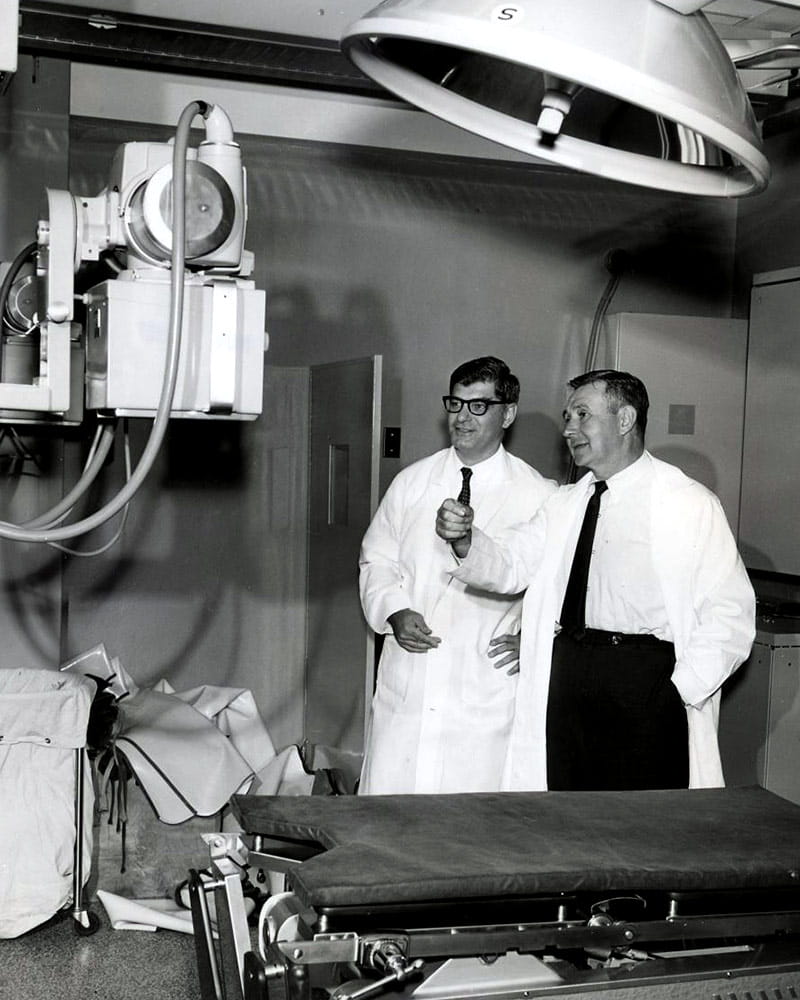 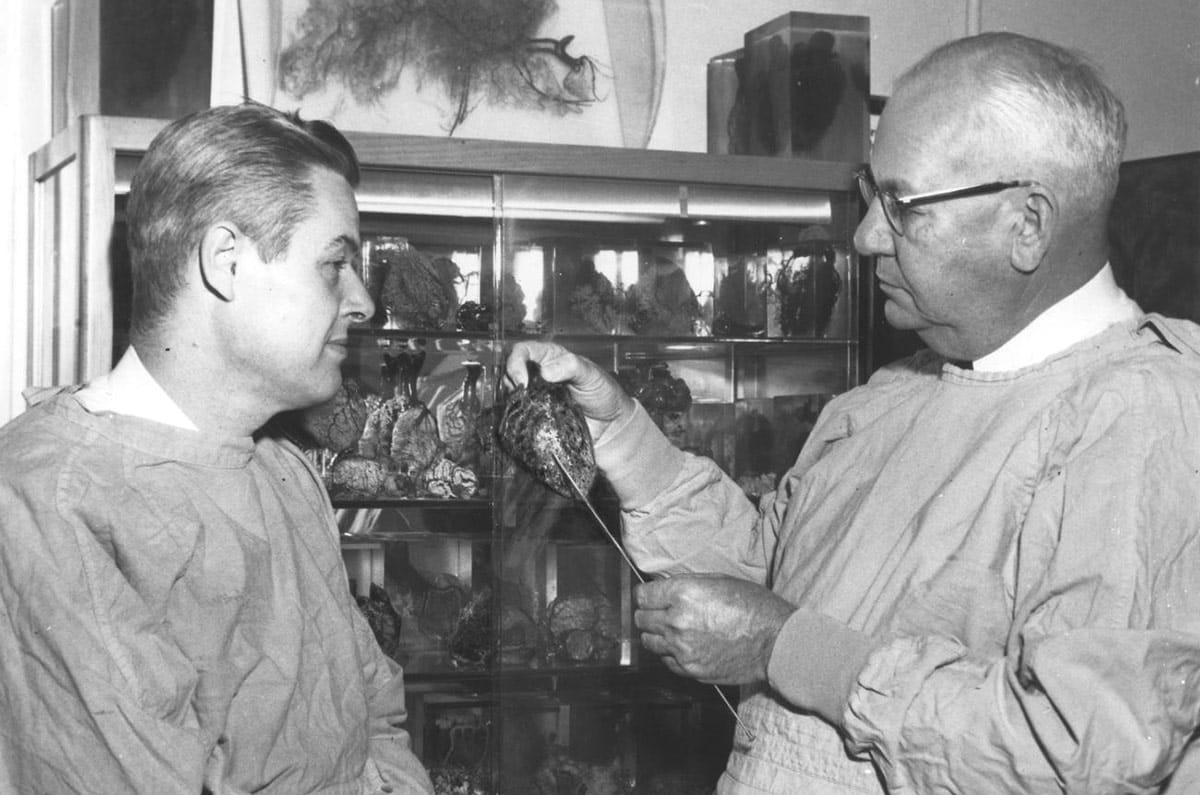 1952: Use of chloramphenicol in blood disease was developed by Austin Weisberger, MD.

1953: Frank Nulsen, MD, pioneered pressure-regulated one-way valves for the treatment of hydrocephalus (water on the brain). He, along with Charles Herndon, MD, and Lester Persky, MD, also established one of the first hydrocephalus and myelodysplasia clinics for children in the country.

1953: Oscar Ratnoff, MD, an international expert on blood coagulation, discovered the Hageman Blood Factor. This work led to the 1975 discovery of the Fitzgerald Factor (Factor XI). 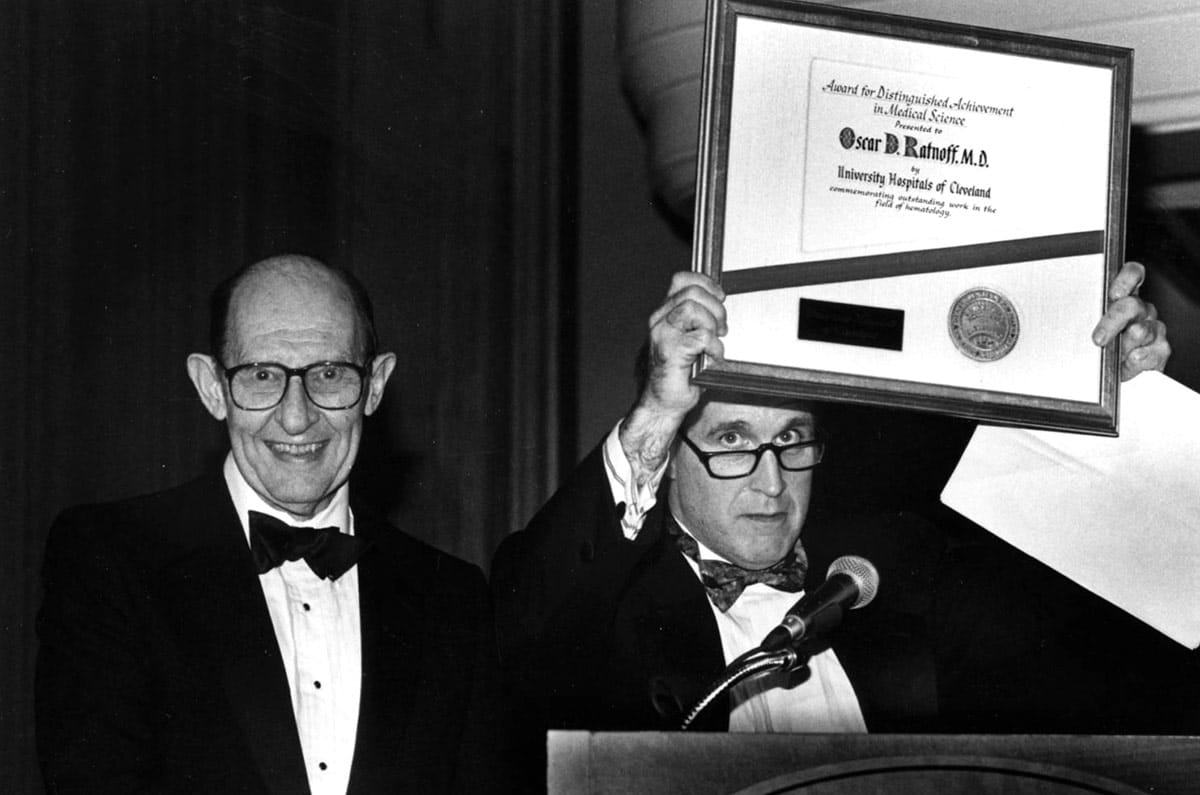 1954: Louis Pillemer, PhD, in collaboration with Irwin Lepow, PhD, and Enrique Ecker, PhD, discovered an alternative pathway for the immune response that does not involve antibodies. Drs. Ecker and Lepow also defined components of the classical pathway of complement activation, a system of proteins in the blood that is activated to initiate the immune response.

1955: Claude Beck, MD, and Walter Pritchard, MD, performed the first successful reversal of a fatal heart attack outside of an operating room, with open heart massage.

1958: Benjamin Spock, MD, launched his groundbreaking child-rearing study that explored breast-feeding, weaning, toilet training and separation anxiety while an associate physician in the Department of Psychiatry.

1961: Albert Potts, MD, PhD, receives the Association of Research in Vision and Ophthalmology Friedenwald Award for his studies of alcohol toxicity on the optic nerve, which helped advance the understanding of how the optic nerve works. 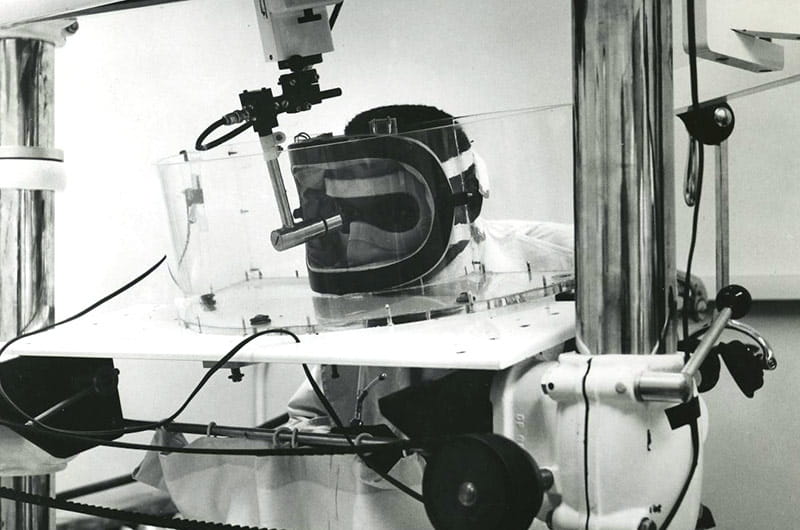 Ophthalmology equipment used at UH in the 1960s

1965: Kenneth Ryan, MD, was the first in the world to describe how human ovaries produce estrogen from two types of specialized ovarian cells, laying the foundation for advances in female health.

1966: Edward Purnell, MD, pioneered the use of B scan ultrasonography to study the eye and orbit and diagnose eye and orbital diseases. In 1972 he developed the first hand-held ultrasound device for the eye. 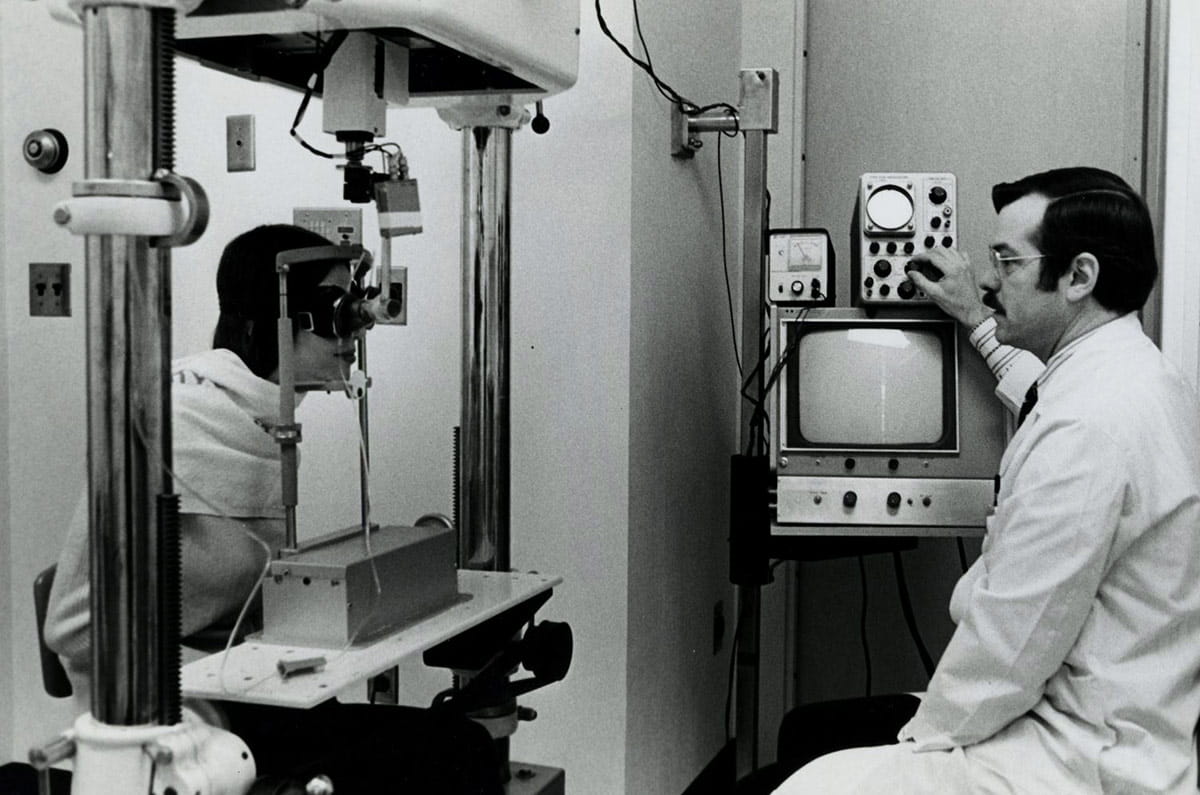 1968: S.S.C. Yen, MD, developed the first radioimmunoassay techniques for the measurement of three important pregnancy hormones, enhancing the evaluation of maternal and infant health in pregnancy.

1969: Research by Olaf Pearson, MD, developed the role of prolactin in breast cancer and pituitary glands.

1969: The role of cholesterol in blood vessel disease was developed by William Insull, MD.

1970: Walter Maloney, MD, developed the Maloney esophageal dilator, a surgical tool for enlarging the esophageal opening, still the most widely used surgical instrument of its kind. 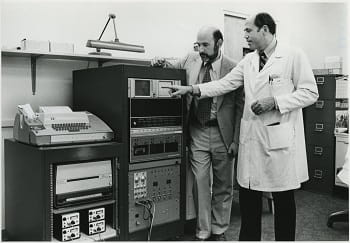 1972: John Kennell, MD, and Marshall Klaus, MD, demonstrated the importance of maternal-infant bonding, leading to revolutionary changes in the care of mothers and newborn infants in hospitals throughout the western world. 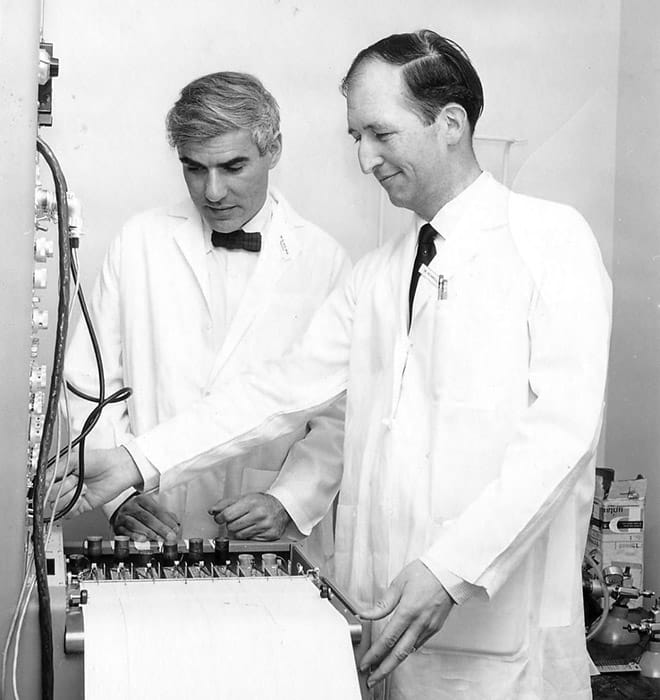 1980: Robert B. Daroff, MD, established the Daroff-Dell'Osso Ocular Motility Laboratory at the Louis Stokes Cleveland VA Medical Center, one of the premier Neuro-Ophthalmology research laboratories in the world. 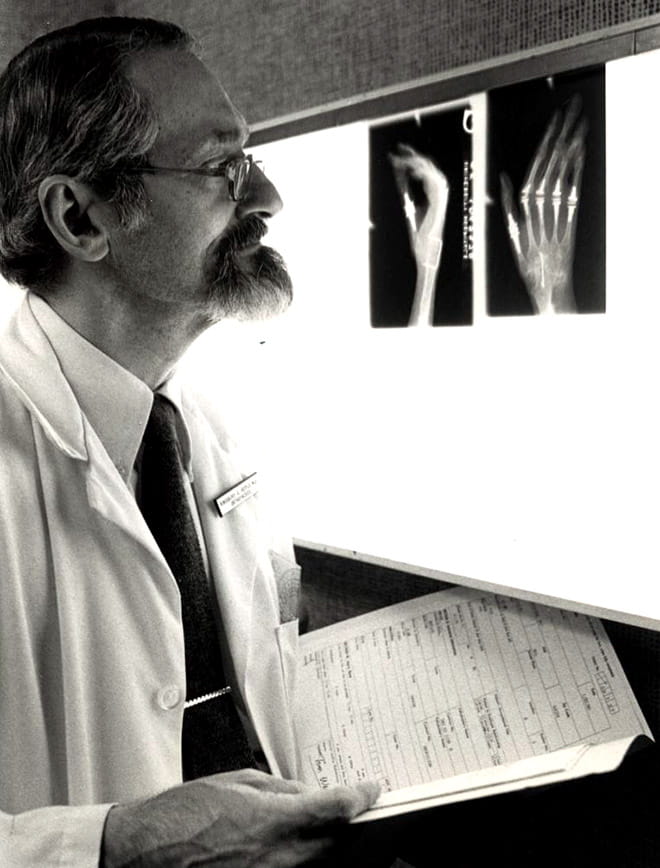 1982: Randall Marcus, MD, developed revolutionary improvements in the design of an interlocking nail system to repair fractures, particularly of the long bones, which improves the healing rate and reduces the risk of infection.

1988: Herbert Meltzer, MD, conducted the first human trials of clozapine and established it as an effective medication for treatment-resistant schizophrenic patients. Clozapine remains the most effective antipsychotic agent available today. 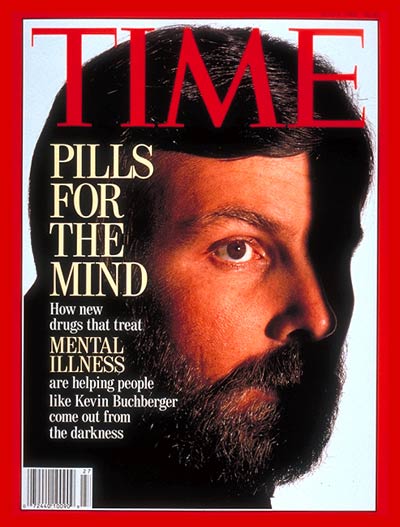 1989: Olof Pearson, MD, and Charles Hubay, MD, pioneered the use of the drug tamoxifen for breast cancer. It is still widely used today.

1990: Anthony Maniglia, MD, was awarded the first of five patents leading to technology for developing the totally implantable cochlear implant.

1994: Huntington Willard, MD, describes Xist, the gene that is responsible for inactivation of one of two X chromosomes in females, and how it works.

1995: Cliff Megerian, MD, proved the origin of inner ear tumors in Von Hippel-Lindau disease, an inherited disease that causes tumors and cysts throughout the body; in 2002 he described the first technique to remove these tumors and preserve hearing.

2000: Raymond Onders, MD, and colleagues developed an innovative diaphragmatic pacing system (DPS) that has since greatly improved the quality of life for paralyzed people and people with amyotrophic lateral sclerosis (ALS). 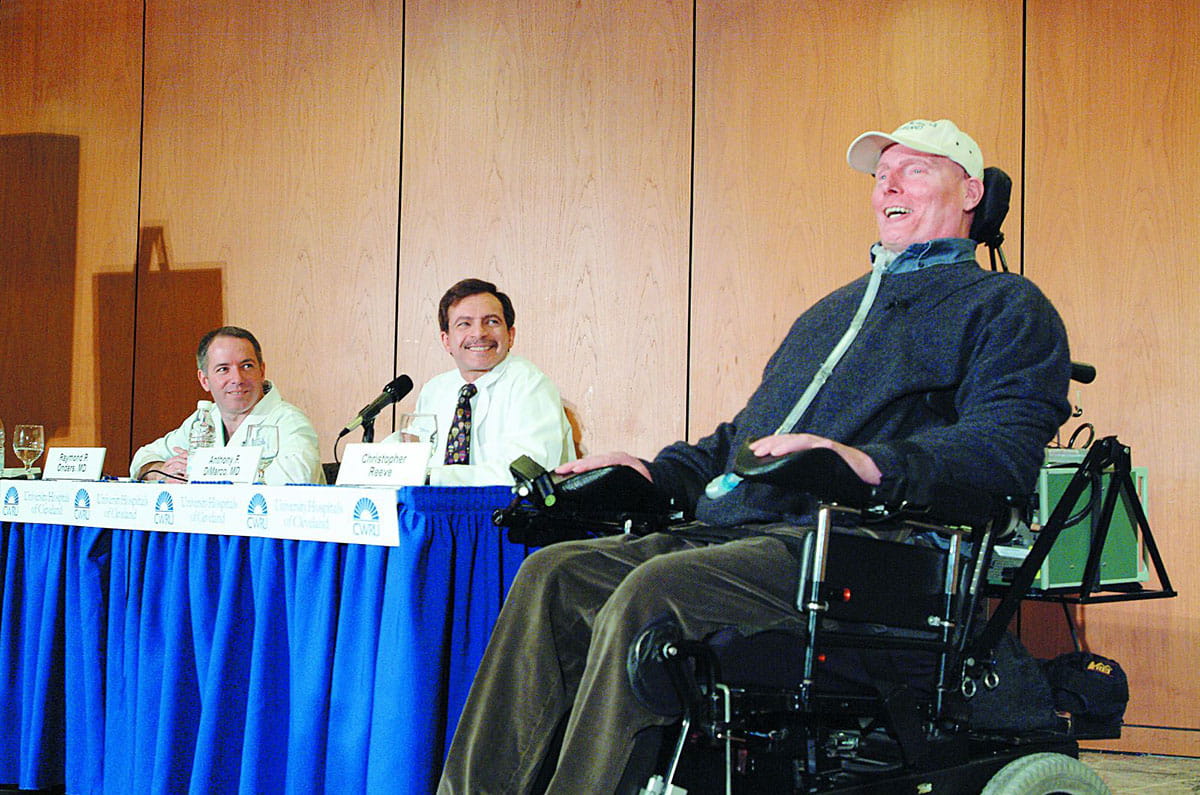 Actor Christopher Reeve receives a DPS at UH in 2003

2002: Jonathan Lass, MD, and a team led by Eric Pearlman, PhD, discovered the bacteria that in conjunction with a worm, Onchocerca volvulus, causes a disease of sub-Saharan Africa known as river blindness. Their work led to the use of antibiotics to treat this disease, a totally new approach.

2002: The reporting of an ALLHAT (Antihypertensive and Lipid-Lowering Treatment to Prevent Heart Attack Trial) study by Jackson Wright, MD, showed that thiazide-type diuretics should be considered first for drug therapy in patients with hypertension. 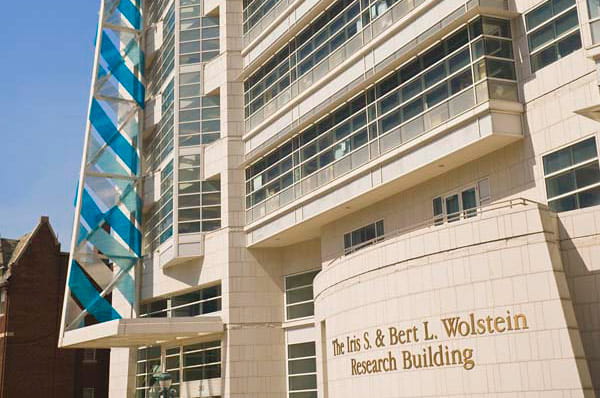 2004: First in North America to successfully test and use Deep Brain Stimulation for treatment of Tourette’s syndrome

2012: Anthony Furlan, MD, published findings from a study that demonstrated that medical therapy is equivalent to interventional therapy for treating patients with PFO and stroke. The CLOSURE study was the first comparison of its kind and led to a significant decrease in interventions being done on stroke patients.

2012: Robert Findling, MD, showed the safety and efficacy of using medications such as lithium, antidepressants, and antipsychotics to treat childhood-onset psychiatric disorders, including bipolar disorder and schizophrenia.

2013: Jonathan Lass, MD, William Reinhart, MD, and Beth Ann Benetz, MA, CRA, FOPS, participated in a National Eye Institute study demonstrating that donor age is not a significant factor in the success of corneal transplantation, significantly expanding the pool of available tissue by including older donors.

2014: Anthony Wynshaw-Boris, MD, describes a new mechanism for the correction of abnormal (ring) chromosomes by converting skin cells (fibroblasts) from patients into embryonic-like induced pluripotent stem cells. In the future, this may be used for correcting chromosome defects, such as the extra chromosome that causes Down syndrome. 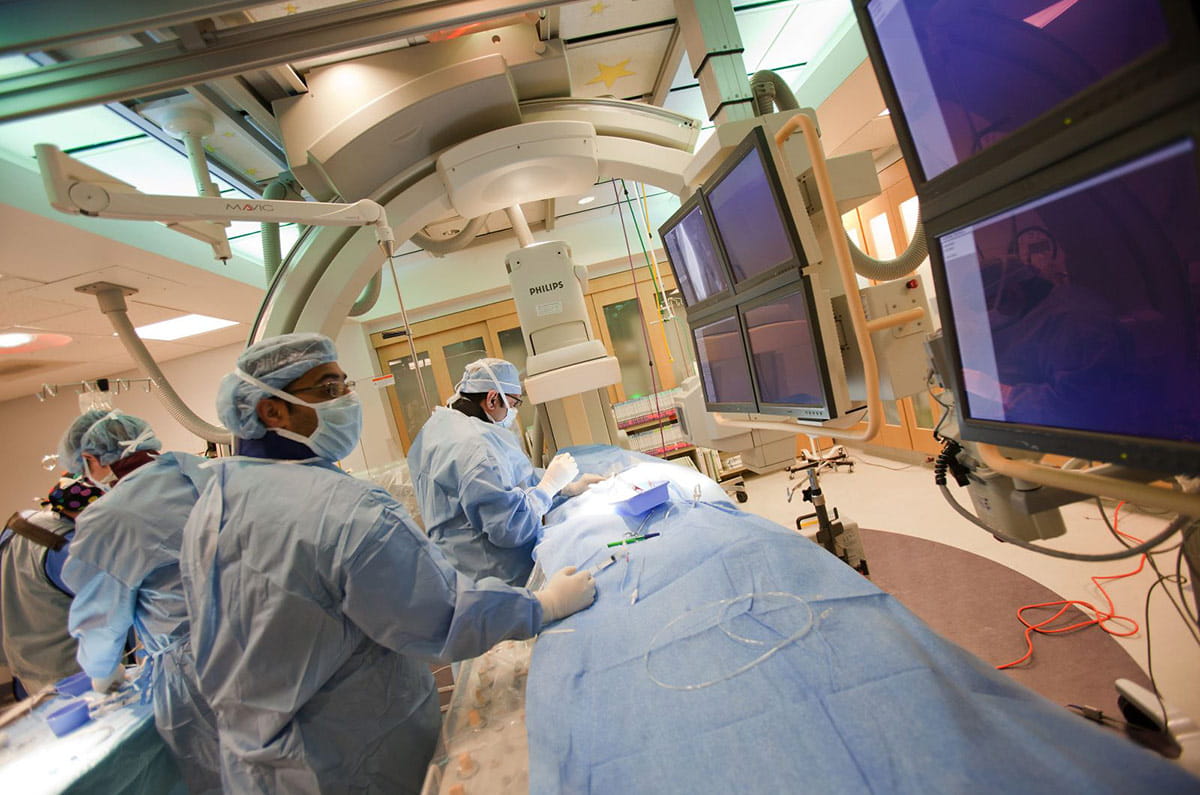 2015: Jonathan Miller, MD, was the first in the world to demonstrate that DBS has the potential to improve memory after traumatic brain injury.

2020: First in the nation to test a COVID-19 antiviral drug and first in Ohio to offer national vaccine studies.