Dr. Frank Opaskar, a retired pediatrician, passed away on July 23, 2021, in a deadly boating accident. 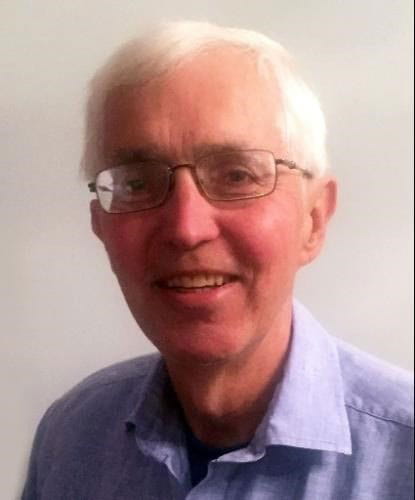 Dr. Opaskar served his residency at UH Cleveland Medical Center and his daughter, Dr. Amanda Opaskar, is a Vascular Neurologist at UH. He went on to a distinguished medical career in Cleveland, impacting countless lives.

Dr. Opaskar was a graduate of Dartmouth College Class of 1966, where he received two outstanding accommodations for Math and Philosophy. He initially wanted to become a crew coach and philosophy professor at a small college. However, his father encouraged him to try medical school.

Dr. Opaskar attended the University of Michigan Medical School (MD 1970), including clinical work in downtown Detroit. This move began a lifelong vocation of caring for underserved children in both his professional and personal life.

Dr. Opaskar returned to Cleveland to serve an internship at Metro General Hospital, followed by a combined residency in Pediatrics through Case Western University Hospital/Rainbow Babies & Children's Hospital and Metro General Hospital. He was a resident physician during the initial Doctor's Draft for the Vietnam War. The government did not draft him because of the critical need for pediatricians in Cleveland.

Upon completing formal training and receiving his Board-Certification, Dr. Opaskar was proud to be a founding pediatrician at the Thomas F. McCafferty Health Center for the City of Cleveland Department of Health. Later, he returned to Metro General at Clemens Center and then transitioned to Kaiser Permanente in 1984, where he worked until retiring in 2011.

Dr. Opaskar met Mitchell Wax, Ph.D., while working at Thomas F. McCafferty Health Center on Lorain Avenue from 1978 to 1982. It was there that Dr. Wax, who was Director of Mental Health, and Dr. Opaskar became lifelong friends. Dr. Wax was even responsible for introducing Dr. Opaskar to his wife, Gail, through a blind date.

According to Dr. Wax, Dr. Opaskar’s patients loved him. "He was a quiet, gentle man and a caring doctor. And he was exceptionally good with kids. Patients raved about him, and families trusted Frank."

Retired pediatrician and former Supervisor of Pediatrics Dr. James Leu met Dr. Opaskar during their rotations at UH and MetroHealth in the early 1970s. "The thing I remember most about Frank was his wry smile and sense of humor. A little chuckle frequently followed his smile. Anybody who knew Frank would know exactly the smile and chuckle I'm talking about," Dr. Leu laughed.

But like Dr. Wax, Dr. Leu said that Frank was quiet, kind, and knew no enemies. "We didn't work very closely together, but I do remember he was pleasant and well-liked; Frank was a good man."

Dr. Opaskar embodied the values of University Hospitals. He spent his career caring for the children of Northeast Ohio, and many will remember his caring spirit and humility. He was also extremely safety conscious in all aspects of life. He encouraged children to wear bike helmets, knee pads, and elbow pads, drive the speed limit, follow sun protection guidelines, consistently wear masks, and encourage eligible individuals to take the COVID-19 vaccine during the recent pandemic.

Our hearts and prayers are with Dr. Opaskar’s family as we honor his life by living his commitment to care.

Reconnect with former colleagues and manage your professional information.

Join Today
Back to Top