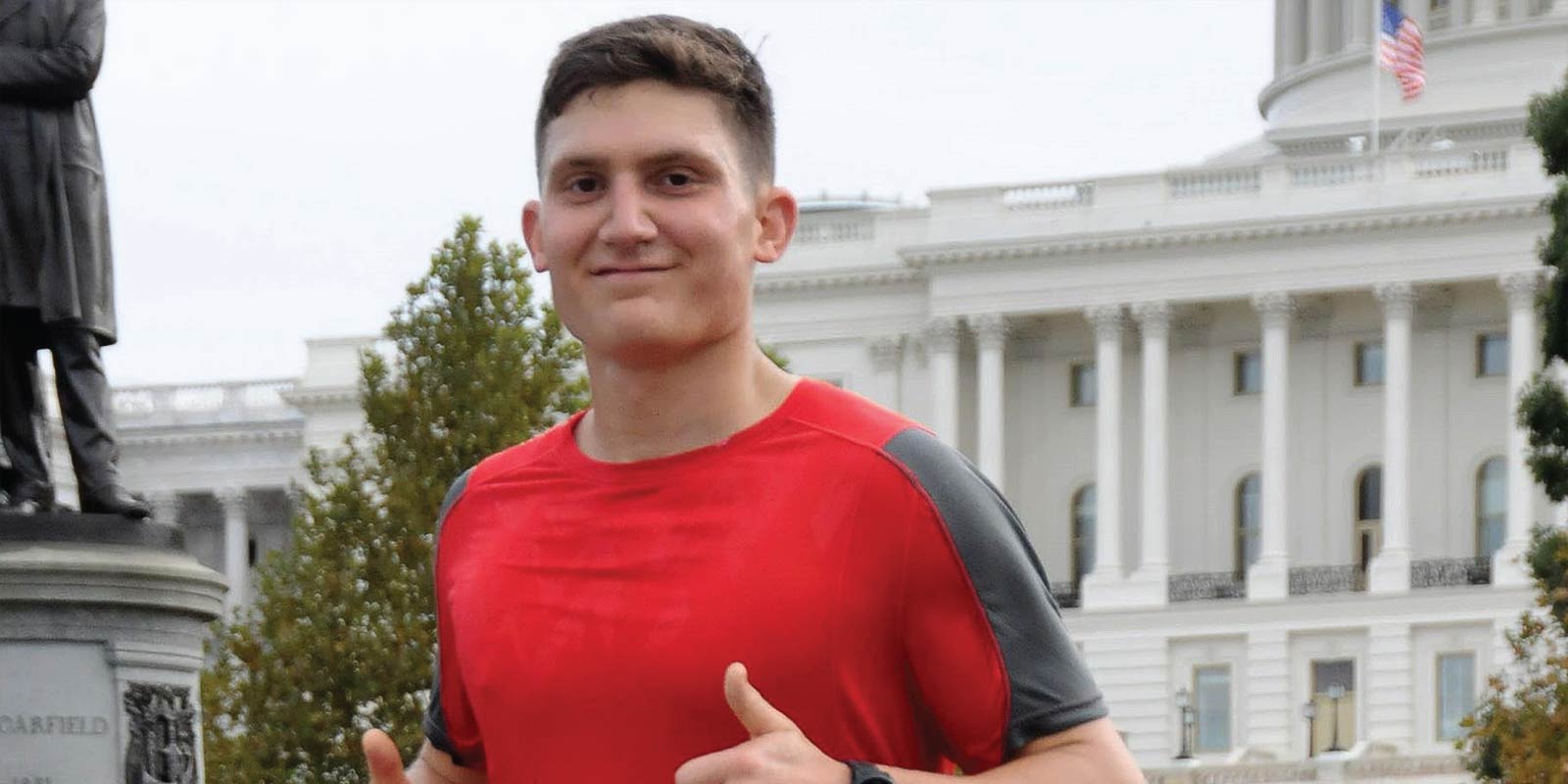 The 26.2-mile run that began near Arlington National Cemetery in Virginia, with Howitzer guns blaring, was a fitting start – considering the hip injury that rocked Drew’s world after he arrived at the U.S. Naval Academy in Annapolis, Maryland. A football and lacrosse player in high school, Drew switched to long-distance running as a time-efficient alternative during his first year at the Academy – and aggravated a congenital hip condition that he never realized he harbored.

Drew suffered from femoroacetabular impingement, an uneven shape to the hip ball and socket that can cause labral tearing – and affects nearly one in three adult males. In Singapore for a semester abroad, the pain became so intense that Drew said even tying his shoes was excruciating. An MRI showed where his femur tore the ring of cartilage along his hip socket.

Dr. Salata and his team, innovators in the field, improve outcomes and safety by using novel techniques, such as performing the operation without the use of a post to provide distraction. This procedure is unique to the Northeast Ohio market and performed at only a few centers nationally and internationally.

“Drew’s return to such a high level of activity is a testament to his hard work and the work of his therapy team and the surgery that he had here,” said Dr. Salata, who is also the Associate Team Physician for the Cleveland Browns. “A return to activity is the goal we have for all of our patients.”

Drew went home the same day following his surgery at UH Ahuja Medical Center and began months of physical therapy, including swimming, which proved a more forgiving exercise on his joints. Within six months, he was jogging again.

“I wasn’t getting the surgery just to be able to put on my pants without pain, but to go back 100 percent to the way life was before, and to accomplish the goal I had before surgery, which was running a marathon,” Drew said.