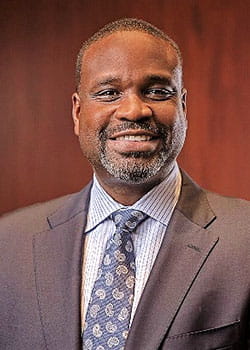 As President and CEO of GE Lighting, he reshaped and focused the business, while leading the company’s growth in LED and smart home innovation. Bill led the experienced GE Lighting team into new commercial partnerships, oversaw the launch of industry-first, award-winning products and helped build a customer-centric, transparent and fun culture.

Bill is a 28-year GE veteran, beginning his career with GE Appliances in 1992 where he held various Finance roles across the business before moving to the Corporate Audit Staff in 1995, ultimately serving as Executive Audit Manager.

In 2000, he was named Global FP&A manager for GE Lighting, and from this role, joined GE’s Wind business in Amsterdam, Holland as the Manager of Finance. He later served as Global Commercial Finance Manager for GE Energy and as Chief Financial Officer (CFO) of GE Healthcare’s Medical Diagnostics business.

Bill rejoined GE Lighting in 2011 as CFO and was promoted to Company Officer in 2014 before assuming the role of GE Lighting’s President and CEO.

He is passionate about giving back to the local community and serves on several Cleveland-area boards including the Cuyahoga Community College (Tri-C®) Foundation, the United Way of Greater Cleveland, University Hospitals Health Systems, Inc., the Greater Cleveland Partnership (GCP) and has been appointed as a 2021 co-Chair for Harvest for Hunger. In addition to the local-area boards, Bill is also a Board member for Consumer Technology Association’s Board of Industry Leaders and serves as Chairman of the Lighting Systems Division for National Electrical Manufacturers Association (NEMA).

Bill holds a bachelor’s degree in Business Administration from Florida Agricultural and Mechanical University. He lives in Cleveland with his wife and two children.