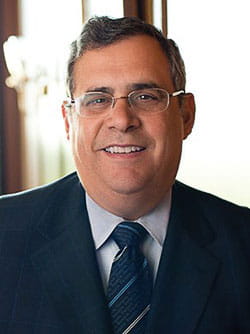 Chairman of the Board of University Hospitals, 2019-Present
Retired President and Chief Executive Officer Swagelok
Past Chairman (2017-2020) Swagelok
Elected in 2004

Art is currently a director of The Sherwin-Williams Company, Olympic Steel (Lead Director), Diebold Nixdorf and SunCoke Energy and is a member of the Union Home Mortgage advisory board (Chair). He was also appointed as a director of the Rock & Roll Hall of Fame in 2018 where he chairs the Finance Committee and is a former director of Forest City Realty Trust from 2010-2018.

Art has a bachelor’s degree in Economics from the City University of New York-Brooklyn College and an MBA from the Weatherhead School of Management of Case Western Reserve University.