Breasts are made up of a mixture of fibrous and glandular tissue and fatty tissues. A woman’s breasts are considered dense if she has a lot of fibrous or glandular tissue, but not much fat. Density may decrease with age, but there is little, if any, change in most women.

The four levels of breast density are: 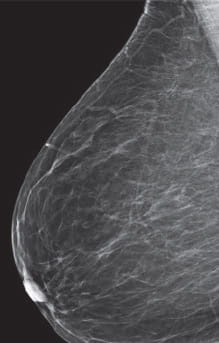 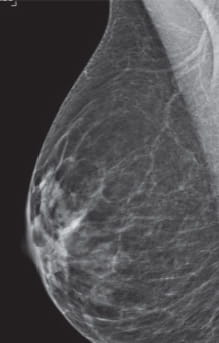 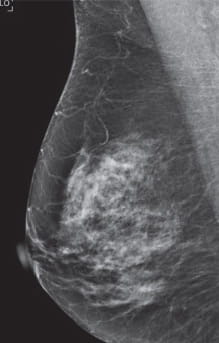 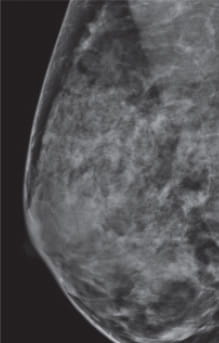 In the U.S., breast density is distributed as follows: 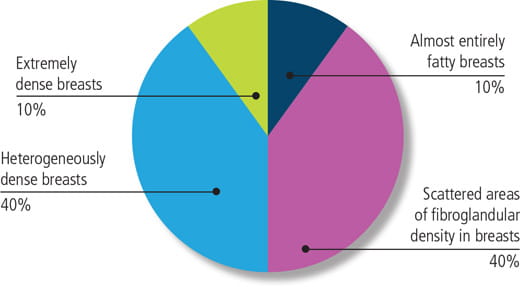 Why Is Breast Density Important?

Having dense breast tissue may increase a woman’s chance of getting breast cancer. Dense breasts also make it more difficult for doctors to spot cancer on mammograms. Dense tissue appears white on a mammogram; lumps, both benign and cancerous, also appear white. So, mammograms can be less accurate in women with dense breasts.

If a woman’s mammogram shows she has heterogeneously dense or extremely dense breast tissue, she will receive a letter notifying her that she has dense breasts. She can then speak to her primary care physician about what this means for her and what, if any, additional tests she may need.

Use our convenient online scheduling tool to book your mammogram appointment today or call 216-844-2778.

Book Online Today
Back to Top