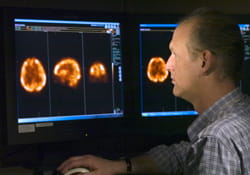 In every possible case, the findings from researchers at University Hospitals Neurological Institute’s Epilepsy Center and Case Western Reserve University School of Medicine translate into enhanced care of our epilepsy patients, providing rapid access to the latest treatment alternatives.

Our epilepsy clinical research team has released their findings regarding the classification of types of epilepsy.