Marathon Runner Focuses on the Finish Line During Cancer Treatment 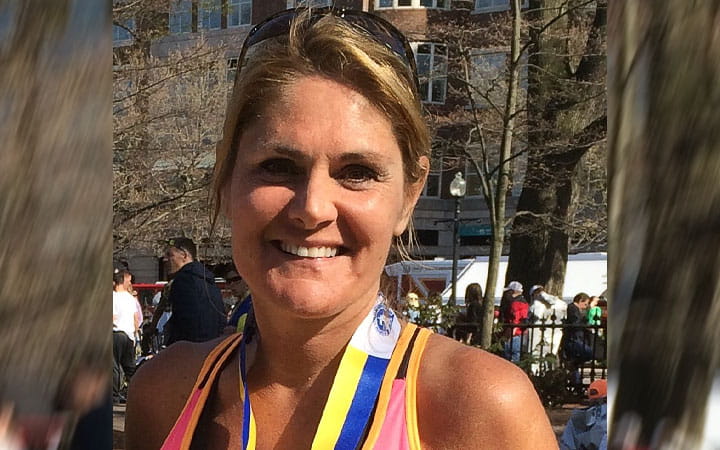 Never underestimate the importance of a routine physical. Terri Schoenholz was just 50 when, as the year came to a close, she realized she had not yet had her annual physical. During the routine check-up, her primary care physician detected a suspicious mass in her neck and immediately referred her to a specialist.

The 25-time marathon runner was stopped in her tracks by the diagnosis: thyroid cancer. Her husband was stunned and her grown sons were shaken, but she was focused on the finish line. Terri was helped along by Steve Hunyadi, MD, ENT, who quickly confirmed the mass was cancerous and immediately contacted Chad Zender, MD, of UH Seidman Cancer Center’s Head and Neck Program. Dr. Zender was able to expedite Terri’s care, understanding the anxiety that goes along with a new cancer diagnosis. After evaluating her he arranged to perform her surgery two days before Christmas. The surgery went well, and a few weeks later a single dose of radioactive iodine therapy completed her treatment.

“I felt so healthy, but I wouldn’t have known I had cancer had I not gone to the doctor,” says Terri, who suspended training for her fifth Boston Marathon in April to make sure she had fully recovered and regained her strength after surgery and radiation therapy. “People shouldn’t put off those well visits.”

Nine months after her cancer surgery, Terri was ready to run in the Akron Marathon, then headed to Columbus for another 26.2-mile run in October. Her official times were strong enough to qualify for the highly competitive Boston and New York marathons.

At the starting line for both Ohio marathons, she was overcome with emotion, realizing that fateful find less than a year ago brought her back to another beginning.

And she’s not about to miss her next check-up. 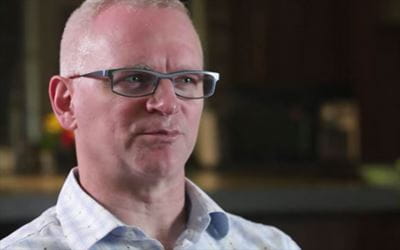 A Caregiver’s Perspective on the Cancer Journey

When Bill Everett's wife Julie was diagnosed with breast cancer, both of their lives changed in an instant. In this video, Bill talks about the...