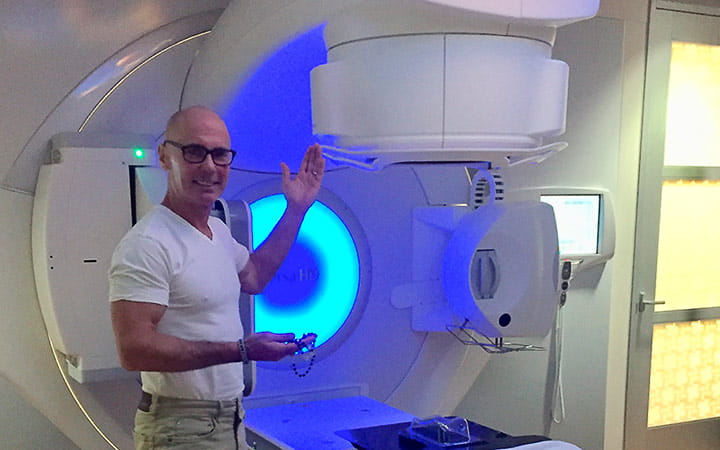 Dealt a diagnosis of cancer that he feared could render him permanently disfigured, Bob Campana refused to accept the verdict of radical surgery and intensive treatment rendered by another nationally known hospital. He was 58, active and healthy. The small lump that he had noticed on his neck while on a Rhine River cruise with his wife was not going to stop him from living a long, full life.

Bob is living proof that obtaining another opinion at a comprehensive cancer center like University Hospitals Seidman Cancer Center – where doctors specialize in a single disease and have the most current knowledge – gives patients the best chance of beating cancer, according to Ted Teknos, President of UH Seidman Cancer Center, who specializes in head and neck cancer.

Upon his return from vacation, Bob had visited his doctors at another Cleveland hospital, where they conducted a biopsy on the walnut-sized cyst. They wanted to operate, but – reluctant to have surgery on his neck, due to nerve and artery concerns – he took the advice of a friend, who recommended seeing a cancer specialist at a noted hospital several states away.

Doctors at this out-of-state hospital suggested an even more invasive treatment regimen of radical surgery, removal of lymph nodes on both sides of his neck and extensive radiation and chemotherapy. Risks of surgery includes a significant chance of nerve damage to shoulders, impaired hearing and difficulty swallowing.

But Bob had not yet come to University Hospitals.

Fortunately, another concerned friend urged Bob to seek a third opinion from Dr. Teknos, who specializes in head and neck cancer.

“Bob had a ‘cyst’ removed from his neck by a very capable surgeon after an extensive workup only to be surprised by a cancer diagnosis when the final pathology was signed out,” Dr. Teknos said. “A primary site of tumor had not been identified prior to the surgery, and the fact that his neck had already been operated on posed a unique dilemma. Fortunately, we were able to identify a primary site hidden in his tonsil, and this allowed us to treat him in a very tailored, less aggressive manner.”

Bob strongly believes that Dr. Teknos spared him unnecessary surgery and chemotherapy, as well as bilateral radiation therapy. He ultimately had radiation treatment only to the left side of his neck.

“Here I’ve got a world-class surgeon being proactive on my behalf,” Bob recalled. “I go from having radical throat surgery, stripping the neck, bilateral radiation and then chemo to having just radiation on one side of my neck.”

Minimally invasive techniques for head and neck cancer, such as the DaVinci robot and transoral lasers, do not disfigure patients, Dr. Teknos said. However, dissection of the neck may lead to significant issues such as shoulder and neck pain, numbness, and limited mobility. 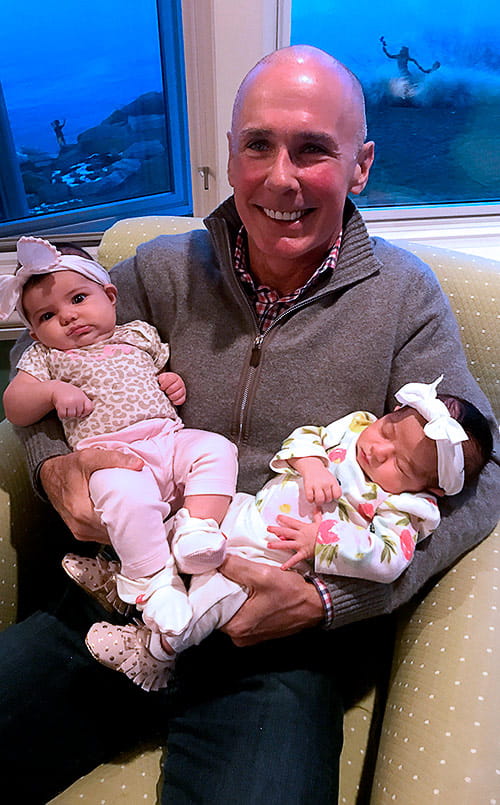 This month, he celebrated the joyous wedding of his youngest child.

Along with photos of his beloved family members adorning his office, the real estate developer and venture capital investor has a large photograph of Dr. Teknos.

“He’s my angel,” Bob said. “I would have yielded to one of these other hospitals if they had found the cancer while removing the cyst. I would have been right into the radical process – and in dire straits.

For his part, Dr. Teknos now considers Bob a friend and is honored to be included among the photos of special people in his office. Impacting a patient’s life with a positive outcome is truly a privilege.

“The patient-doctor relationship is a sacred trust and very few people get to experience the joy of truly making a difference in the lives of others and their families,” says Dr. Teknos. “It is critical to obtain second opinions from Comprehensive Cancer Centers like ours. Shockingly, as many as 20 percent of cancer diagnoses are inaccurate when made outside of such centers. Survival is higher among patients who receive second opinions and are treated by health systems – like UH – that have Comprehensive Cancer Center status.”

UH is an affiliate member of the NCI-designated Case Comprehensive Cancer Center. There are only 50 comprehensive cancer centers in the United States. 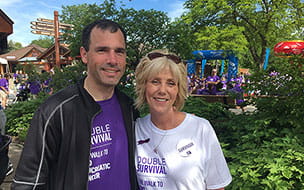 Beverly Leighton had a strong family history of pancreatic cancer. Her decision to be proactive and begin yearly screenings at University Hospitals... 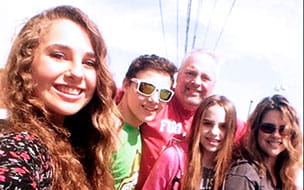