“I always kind of knew in the back of my mind that it wouldn’t be a matter of if I got cancer but when,” said the 56-year-old from Erie, Pa. “I learned about the CAPS5 study in a Johns Hopkins University newsletter, and there were only a handful of hospitals involved. As luck would have it, UH is one of them. I now had somebody looking out for me.” 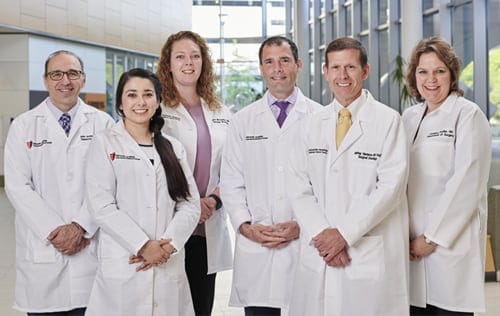 Offering in-person, video and telephone visits. Call today to see which option is right for you. 216-844-3951

Our clinic brings together multiple pancreatic cancer specialists in one convenient appointment to help create an individualized treatment plan for each patient.