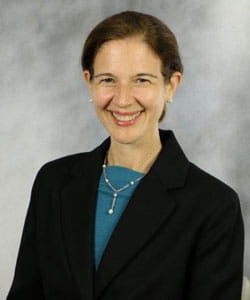 Dr. Stankowski received her medical degree from the Penn State College of Medicine, and trained in both internal medicine and psychiatry at the University of Virginia. After serving as Chief Resident, she completed a forensic psychiatry fellowship at Case Western Reserve University. Dr. Stankowski began working as a forensic psychiatrist for the state of Ohio at Northcoast Behavioral Healthcare (NBH) in 2002. She has been a physician administrator (Chief Clinical Officer) for the state since 2007, and is now Director of the NBH Center of Forensic Excellence, overseeing forensic policies, patients, and education. Dr. Stankowski has a private practice in forensic psychiatry, and performs independent evaluations on topics such as competency to stand trial, sanity, and mitigation of penalty. Her other professional interests include hospital administration, and she has worked as a psychiatric hospital surveyor for the Centers of Medicare and Medicaid since 2005.

View grand round presentations and lectures to learn more about recent advances in research, clinical care and practice.