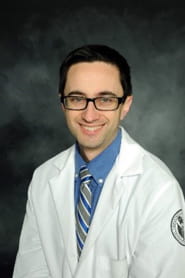 Dr. Shaniuk grew up in the Cleveland suburbs, and he studied at nearby Baldwin Wallace University for his undergraduate education before completing medical school at the Ohio State University in 2012. He graduated from the Med-Peds Residency program at University Hospitals Cleveland Medical Center and UH Rainbow Babies & Children’s Hospital in 2016 and is board certified in both internal medicine and pediatrics. After serving as Med-Peds Chief Resident, he joined the faculty in 2017, and he works primarily as a hospitalist at the Louis Stokes Cleveland VA Medical Center, and occasionally as a part-time hospitalist at UH Rainbow Babies & Children’s hospital.

His academic interests include medical education, clinical problem solving, quality improvement, patient safety and high-value care. He is a point of care ultrasound enthusiast and is one of the core POCUS educators for the UH Internal Medicine residency. Dr. Shaniuk loves spending time with his wife and three children, but if he isn’t reading to his children, you may find him enjoying one of his many hobbies such as playing the piano, grilling on his Weber charcoal grill, watching one of his beloved Cleveland sports teams or biking in the beautiful Cleveland Metroparks.

Learn more about our program and why you should choose us.