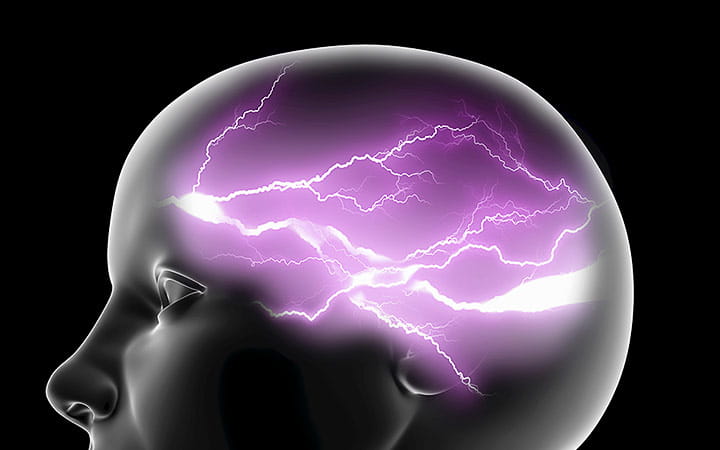 Native Clevelander Denise Miles is a sports fan who loves to root for her hometown teams: Browns, Cavs and Guardians. The 40-year-old banker who lives in Bedford also enjoys listening to music – her favorite R&B group is Jagged Edge – and writing poetry. A person of faith, Denise praises God for granting her strength during tough times.

Denise has epilepsy. She experienced her first epileptic seizure when she was in her early twenties. Initially, Denise suffered from grand mal seizures, also called generalized tonic-clonic seizures, which cause loss of consciousness and intense muscle contractions. Imaging tests revealed the cause of Denise’s epilepsy to be a lesion on the left temporal lobe of her brain.

In 2007, Denise sought care at the University Hospitals Epilepsy Center, which is recognized as a National Association of Epilepsy Centers Tier 4 treatment center – the highest designation for epilepsy care in the country. For some epilepsy patients, surgical removal of the seizure-producing area of the brain can be an effective treatment option. In Denise’s case, her doctors determined that removing the lesion on her brain would put her health and life at risk.

Presently, Denise continues to receive care at the UH Epilepsy Center, primarily seeing Karlee Hanchin, CNP and the center’s Director, Guadalupe Fernandez-Baca Vaca, MD. Today, Denise experiences petit mal seizures instead of grand mal seizures. Also called absence seizures, petit mal seizures cause people to stare blankly into space for a few seconds at a time. These seizures also cause Denise to experience syncope (a rapid-onset loss of consciousness), usually for an hour at a time.

“But often the other symptoms of epilepsy,” says Denise, “are more difficult to cope with than the seizures themselves. In my case, these other symptoms include migraines, trouble sleeping, hearing and vision problems, as well as depression.”

Thanks to Karlee and the rest of the care team at the Epilepsy Center, Denise reports that her epilepsy is currently stable and her secondary symptoms, such as trouble sleeping, have greatly improved. Denise has been able to manage her symptoms with a combination of medication and lifestyle changes. While Denise speaks very highly of her entire care team, she has particularly bonded with Karlee.

“Karlee is amazing,” says Denise. “She’s compassionate, caring and responsive – always returning my calls and emails quickly. When I go to see her for an appointment, it feels more like I’m visiting a friend than a medical provider. No matter what is going on with me, good or bad, Karlee is always there to help. For example, when I recently lost both my parents and my seizures started occurring more often, Karlee advised me to seek therapy for the depression, which has been an important part of stabilizing my epilepsy. She understands so well how things like depression and stress can make this condition more difficult.”

In fact, Denise is so appreciative of the outstanding care she receives from Karlee that she nominated her last month for Fox 8 News’s “Cleveland’s Own Helping Cleveland’s Own” segment, a daily feature in which Fox 8 News gives a shoutout to a person, place or organization that deserves recognition for the good they do in the community. Denise also presented Karlee with a personalized engraved plaque as a thank you for the wonderful support and outstanding care she provides. 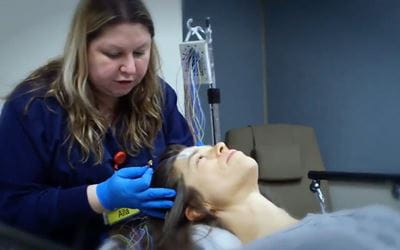 How an Innovative Surgery Can Reduce Epileptic Seizures

A new surgical technique offered at University Hospitals Cleveland Medical Center is aimed at preserving memory and eliminating seizures from... Teen Thrives After Getting Support for Epilepsy

At age 12, Maddie excelled in school and was an accomplished dancer. But her world began to change when she started experiencing strange symptoms.