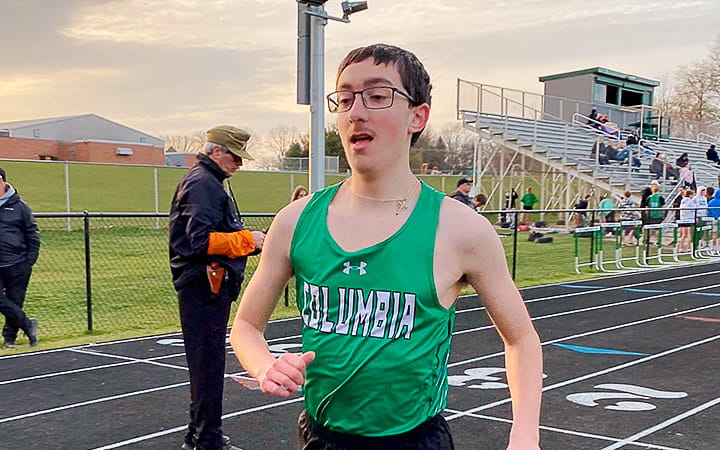 Luck brought high school senior Joshua Miller into the hands of UH Rainbow Babies & Children’s Hospital on a winter’s night when vessels in his brain ruptured. The skill of neurosurgeons at the only Level I Pediatric Trauma Center in Northern Ohio brought him back through a full recovery.

Many children who suffer a ruptured arteriovenous malformation (AVM) do not survive or are forever impaired. An AVM is an abnormal tangle of blood vessels in the brain that cause vessel weakness, which can result in a tear that bleeds into the brain.

Joshua was at home, having laid down in his bedroom after school, complaining of a headache, when his brother heard him coughing strangely. They found him lying face up, his eyes rolled back in his head. He had vomited and was aspirating. His father, Tim, called 9-1-1.

Convulsing in spasms, he was taken by paramedics to Southwest General Health Center, the closest hospital to his Columbia Station home. A CT scan of his brain showed a ruptured AVM, and a medical helicopter was called to transport Joshua to UH Rainbow, where a team of fellowship-trained pediatric neurosurgeons were waiting.

“I wanted him to go to UH Rainbow because I felt they could do what needed to be done, and they were the best,” said Luigia Miller, Joshua’s mother, who was able to accompany her son downtown in the helicopter, and into the hands of Krystal Tomei, MD, Chief of Pediatric Neurosurgery. “As soon as we walked in to UH Rainbow, the surgical team was coming towards us and they took him away. Thank God for Dr. Tomei. She was quick.” 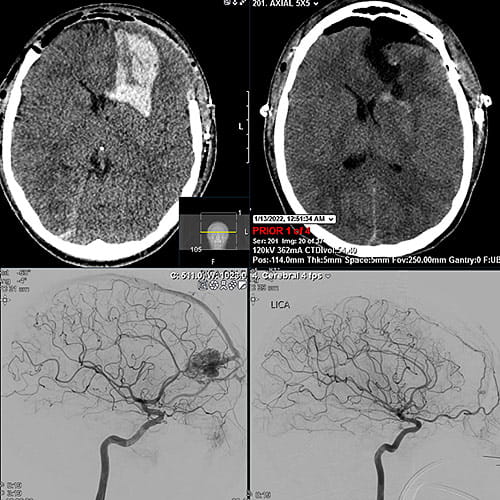 Joshua’s ruptured AVM occurred in his left frontal lobe, the section of brain that largely controls language and cognition. Dr. Tomei had to remove the front part of his skull to operate on the blood clot. The skull is left off for several days to prevent further injury when his brain swells during recovery in the Pediatric Intensive Care Unit.

Once Joshua recovered from the initial brain surgery, neurosurgeon Yin Hu, MD, performed an angiogram to essentially inject a glue-like material into the primary blood vessel feeding blood into the AVM. Then a third neurosurgeon, Abhishek Ray, MD, removed the AVM and replaced the skull a week later.

Paralyzed on one side of his body, intubated and unable to talk, Joshua fought to recover, and his parents were resolutely by his side. They thanked the surgeons for giving them a gift they can never repay. “I really admired his parents’ strength and composure while this devastating health crisis was happening to their son,” says Dr. Ray, who finds AVM surgery to be among the most delicate and challenging procedures performed by cerebrovascular surgeons. “I was really thrilled to see how quickly Joshua made a full neurologic recovery.” 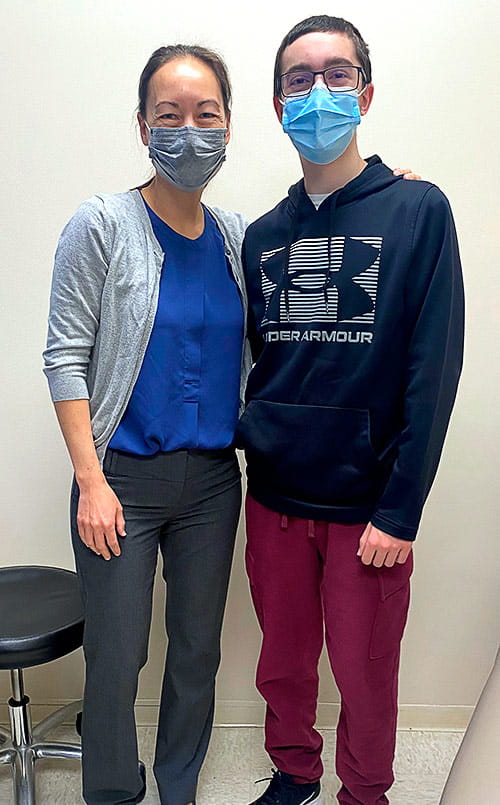 Dr. Tomei noted that Joshua was very lucky – but his recovery would not have been possible without immediate intervention to relieve pressure on his brain and remove the AVM.

“Joshua had a very large blood clot that was life threatening, and when he presented he was in critical condition,” Dr. Tomei said. “He has had an amazing recovery. Some children with ruptured AVMs do not survive the initial bleed. Others are left with areas of their brain that are permanently injured from the bleed, which can leave them with weakness, trouble walking, trouble speaking, vision loss, or other issues.

“UH and Rainbow are able to provide highly subspecialized care, with a great team effort that straddles both the pediatric and adult neurosurgery worlds.”

After his discharge from the hospital, Joshua spent a month working on speech, occupational and physical therapies. He was able to walk, dress himself and climb steps. Speech and short-term memory took a little longer to reclaim, but he feels he’s pretty well recovered now.

Joshua ran the 800, a half-mile race, for Columbia High School in a track meet right after a follow-up office visit with Dr. Ray. He graduated from high school a few months later, with plans to attend the University of Toledo for a mechanical engineering degree.

“I can’t move as fast as I could, but I’m back,” Joshua said. “It felt good to get out there and start moving again. I could’ve been gone.” 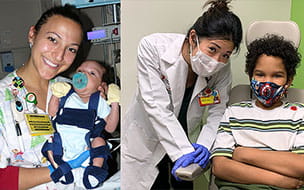 This 8-Year-Old Doesn't Allow His Diagnosis To Define Him

William “Trey” Clark had more intense medical procedures in his first week of life than many do in a lifetime, so this fun-loving 8-year-old...