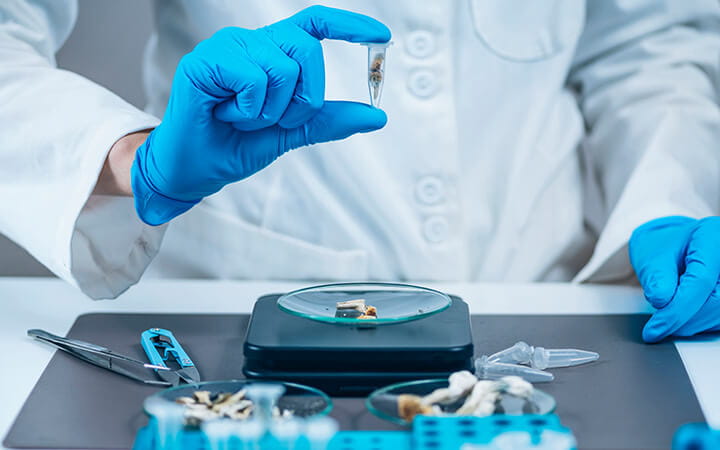 Many people’s knowledge of psilocybin – the primary psychoactive ingredient found in so-called “magic mushrooms” – is limited to its use as a recreational drug and perhaps its association with 1960s counterculture. But over the past 20 years, a growing body of research has shown that psilocybin has significant potential in the treatment of a number of mental and behavioral health disorders.

“Based on the current body of research,” says Dr. Ryan Marino, MD, an emergency physician, medical toxicologist and addiction medicine specialist at University Hospitals, “psilocybin has proven to be extremely safe when administered in controlled settings.” Psilocybin is currently classified as a Schedule I controlled substance by the federal government.

“The idea that psilocybin can’t have medical uses does not hold up to scientific scrutiny,” says Dr. Marino. “Current and future research is necessary; however, there is good evidence to support psilocybin’s therapeutic value in the mental health field.”

To date, studies have shown that psilocybin therapy is beneficial in relieving symptoms of treatment-resistant depression, obsessive compulsive disorder and other mental health disorders. Psilocybin has also shown effectiveness at easing fear and anxiety in people with terminal cancer. Due to the limitations in studying Schedule I substances, many of these studies have been led by Johns Hopkins Medicine, which established the world’s largest psychedelic research center and first psychedelic research center in the U.S., The Center for Psychedelic and Consciousness Research, in 2019.

One study by Johns Hopkins Medicine found that taking psilocybin in combination with talk therapy significantly improved symptoms of clinical depression. Some study participants continued to experience benefits for as long as one year after receiving just two doses of the compound.

“Historically speaking,” says Dr. Marino, “these smaller-scale studies looking at the effects of psilocybin on depression have tested the effects of just one, two or sometimes three doses of psilocybin – all with encouraging results. What the results suggest is that psilocybin’s positive effects can be long-lasting and that people may only need to take it intermittently to get its benefits, potentially reducing the risk of side effects.”

Psilocybin has also shown positive results in smoking cessation and anorexia nervosa treatment studies. In October 2021, the National Institute of Health awarded Johns Hopkins a grant to explore the potential value of psilocybin as a smoking cessation tool — the first federal grant given in 50 years for the study of a psychedelic treatment in the U.S.

How Does Psilocybin Help People With Mental & Behavioral Health Disorders?

When taken under supported conditions, psilocybin can cause self-described “spiritual” experiences that generally result in positive changes in the person’s attitude, mood and behavior. In particular, psilocybin appears to elevate a personality quality known as “openness,” which encompasses sensitivity, imagination, and an appreciation for the values and viewpoints of others.

“Although more research is needed to determine what’s happening at the chemical level,” says Dr. Marino, “psilocybin appears to increase the brain’s capacity to change, to become more adaptive, and to break out of habits and negative thought patterns. Hence psilocybin’s great potential in helping people with problems like depression, anxiety, OCD and addiction.”

A Cause for Hope (but Don’t Try This at Home)

Dr. Marino also believes that microdosing psilocybin, or taking very small amounts, is an area that deserves exploratory and larger-scale clinical study. There is significant anecdotal evidence to suggest the practice may have significant benefits for people with mental health disorders, as well as benefits for overall wellness.

Dr. Marino emphasizes that it is important to understand that taking psilocybin outside of a controlled setting has risks, including experiencing a range of undesirable and harmful effects.

“The risks associated with psilocybin,” he says, “are effectively and safely reduced in the controlled study environment, where participants receive structured support, monitoring and follow-up care from trained therapists and clinicians. That being said, I would not recommend that people take psilocybin on their own, as it is also illegal under both federal and state law.”

University Hospitals offer comprehensive evaluation, diagnosis and inpatient and outpatient treatment of psychiatric illness for adults, adolescents, children and older adults through programs that apply the most advanced diagnostic and therapeutic techniques available. Learn more about psychiatry and psychology services at University Hospitals. 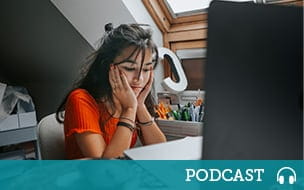 Overcoming Anxiety and Taking Back Control

When does anxiety become a disorder? When you start avoiding things, that could be a sign you are losing control. The good news is you can learn to... Mindfulness: How Paying Attention Can Lower Stress and Boost Your Health

Mindfulness means staying in the present moment. We often recommend it as a way of reducing stress – and it is clinically effective at doing so. 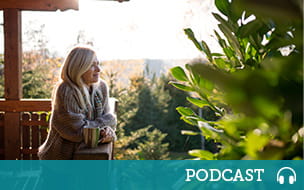 The Benefits of Boredom

Allowing ourselves to be ‘bored’ in an overly connected world impacts our sleep, productivity & mental health. It also stimulates innovation and...