Give Yourself the Gift of Fitness Here’s some good fitness news you might have missed: a recent study showed that for people who are overweight or obese, exercise improves their health more than weight loss does.

The reason I think this is good news is that it’s not about depriving yourself, but rather, adding something to your life. If you want to take just one step in the direction of better health, make it about moving.

Too often people think, “I’m overweight. I’ll do (insert latest fad diet.)” The problem with that is we usually choose a short-term diet that isn’t sustainable. When that doesn’t work, we might try another. And so on, to no ultimate positive effect or we can even end up worse off.

This new research shows that if you want to improve your health, just move more. The study, which ran in the journal iScience, was done by Glenn Gaesser, a professor of exercise physiology at Arizona State University in Phoenix, and his colleague Siddhartha Angadi, a professor of education and kinesiology at the University of Virginia in Charlottesville.

Now, there is a saying you might have heard, “You can’t out exercise a bad diet.” And that is also true. You can’t just eat large portions of sugary or fatty foods, for example, and think that your exercise will take care of it. It won’t – because the calories of large portions or the processed and restaurant foods in the United States are simply too high to work off. But this is just food for thought for now as you focus on another area of well-being.

The study also showed that if you are overweight and become more active, you don’t even need to lose weight in order to become healthier. Just doing regular fitness activities will take you there. Though sure, you might also be inspired to gradually make healthier food choices, and that can multiply the benefits. But other studies by the same lab showed that overweight and obese people with health problems such as high blood pressure, poor cholesterol profiles or insulin resistance, also showed considerable improvements in those conditions after they started exercising, whether they dropped any weight or not.

It’s important not to try to do everything at once – we know that’s overwhelming and seldom effective. Choose to move, and you’ll feel the sense of accomplishment that will further motivate you.

The Benefits of Movement

Movement will make you healthier, and feel better. When you feel more energetic, for example, you get a flywheel effect. Here’s the principle: it’s hard to start moving a heavy flywheel. It takes some effort. But once you do, the momentum picks up and the flywheel goes faster and faster, without much effort. Same with exercise.

If you’re new to exercise or haven’t worked out in a while, get clearance from your physician first, and then try an activity you enjoy where you’re getting your heart rate to 50 to 60 percent maximum (220 minus your age x .5 or .6). Set a goal to do this one or two times a week for a time limit that challenges you. After two or three weeks, try adding another day, or increase the length of time doing the activity, and continue to do so until you reach the American College of Sports Medicine’s recommendation of 150 minutes a week.

More good news: all the moving around that you do throughout your regular day adds up too. In another study of around 35,000 people, researchers compared activity levels and mortality and found that the men and women who were the most active were the least likely to have died.

In fact, the active group’s risk of premature death was about 60 percent lower than that of the men and women in the most sedentary group. And what is also notable is that people in the second-least-active group also were significantly less likely to have died than those in the least-active group, even though their activities consisted primarily of general daily movements of housecleaning, cooking or gardening.

The odds of dying continue to drop the more he or she moved, up to a plateau at about 25 minutes per day of moderate exercise, such as brisk walking, or 300 minutes a day of light, gentle activity.

Try To Have Fun

But if you prefer to be intentional about it, try to have fun too. Exercise is enlivening.

For example, there’s dance. Studies have shown that it provides both cognitive and physical health benefits. A 2017 German report in Frontiers in Human Neuroscience analyzed brain scans of subjects who were on average 68 years old and did either interval training or social dancing. While both increased the size of the hippocampus, a region of the brain critical for learning, memory and equilibrium, only dance improved balance. Similar research exists for other mind-body exercises, such as tai chi.

If you don’t want to partner up to dance, do it by yourself. There’s nothing like cranking up your favorite songs – perhaps ones you loved as a teen – and just dancing as wildly as you want to by yourself, even for 15 minutes. Research has shown that music makes us work out longer and a harder, because of its rhythm. Just improvise your own moves and dance your heart out.

Having fun is crucial to enjoying workouts because that’s what keeps you doing them. I myself often skip at the end of runs and walks. It is so rejuvenating, and it’s impossible not to smile and be happy.

Let’s think of this in a lighthearted way. We used to love to move when we were kids, and we can find that spirit inside us again. It’s time to choose your move today.

The best time to find a primary care doctor? Before you actually need one. It’s never too early to start preventive care. Long-term patient-doctor relationships help create long-term health. Learn more about primary care at University Hospitals and find a provider who suits your health care needs and those of your loved ones. Also, find out about where to go, based on your illness, injury or condition. When it comes to ingredients in our food, it's hard to find one as stealthy as sugar. 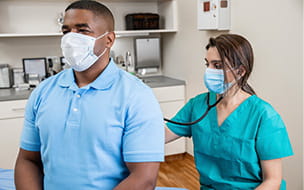 We know at which age a person’s likelihood of disease goes dramatically up. That's why preventive screenings are suggested beginning at a certain...