How One Doctor Saved a Patient's Life – Twice 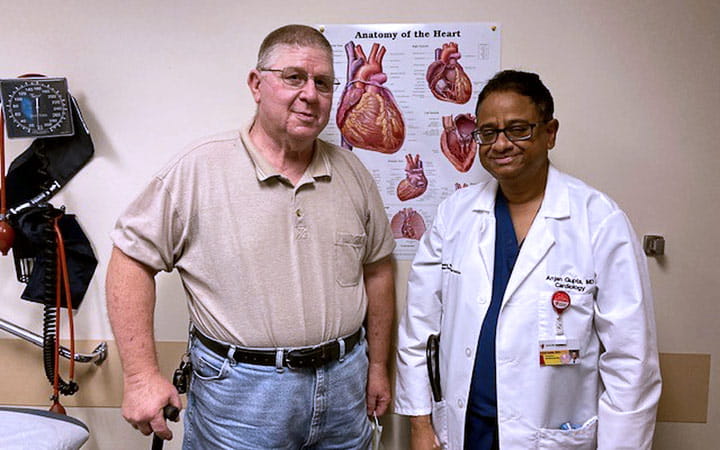 In November 2016, William Moulton of Ravenna came down with bronchitis. It’s a sickness that led to a life-saving procedure. A computed tomography scan of his chest ordered for the bronchitis revealed potential heart problems – calcifications in his coronary arteries.

When his bronchitis cleared, William’s cardiologist ordered a stress test that showed abnormalities. A heart catheterization revealed a blockage in one of his arteries.

“I had no idea there was anything wrong with my heart,” he says. “The bronchitis was bad, but good. It was bad that I had it, but I’m glad they found the other issues.”

“I’ve never been the first anything before!” William says. “I felt good. I felt better after the procedure.”

“I was huffing and puffing just getting in and out of bed,” he says.

A nurse had been assigned to check on William weekly after recent back surgery. He found William had high blood pressure and low oxygen. William went to the emergency room, where caregivers discovered a pulmonary embolism. Dr. Gupta was there that day and delivered the news.

“When I saw Dr. Gupta, I smiled and said, ‘Boy am I glad to see you!’ He told me I had an embolism, but I knew I was in good hands,” William says.

“At UH we believe in delivering the best care close to home, so that patients do not have to travel far,” Dr. Gupta says. “The work we’ve done at UH Portage over the past five years is so important. We save lives right here where patients live. Mr. Moulton is proof of that.”

William says he’s now doing well. The 66-year-old feels good enough to work in his garage and make repairs around the house. He loves his wife and two grandchildren and is thankful for the care he receives from the team at UH Portage Medical Center. 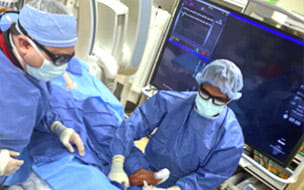 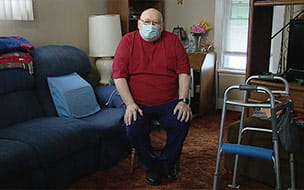 Doctors Save Leg of Patient With Diabetes By Restoring Blood Flow

John underwent three failed procedures to restore circulation to his foot. Doctors told him his leg would need to be amputated, so John sought a...