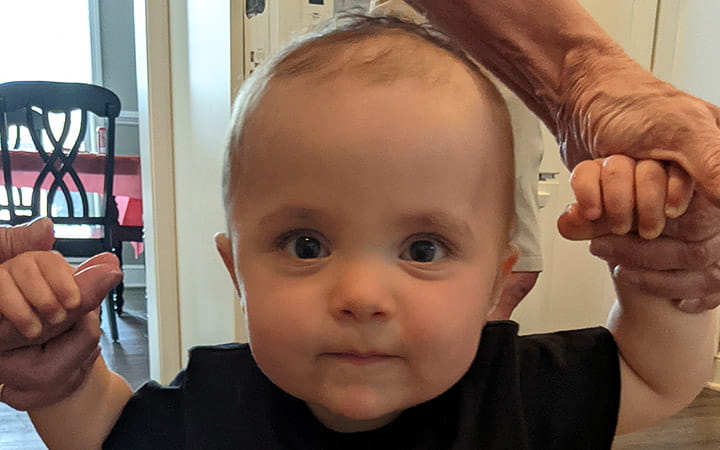 Vinny’s complex congenital heart disease (CHD) was detected before he was born. Mom and Vinny’s health were followed closely during pregnancy by the Congenital Heart Collaborative’s fetal team at UH Rainbow.

After Vinny was born, doctors performed a minimally invasive procedure in the Cath Lab to make sure that enough blood was getting to his lungs – ultimately eliminating the need for him to have open heart surgery as a newborn.

Vinny’s vitals and growth, like those of many babies with complex CHD, were followed closely by UH's Hearts at HOME program – a team approach to virtually monitoring high-risk babies with a special app and home equipment. The Hearts at HOME app is an effective tool for caregivers; in the four years since the program launched at UH Rainbow, it has been proven to detect issues early and decrease the length of a hospital stay.

Vinny had some ups and downs – a repeat cardiac catheterization lab procedure to increase oxygen levels and a feeding tube for poor weight gain. Both were quickly identified and treated because Vinny’s family was diligent with the app.

In March, Vinny had his CHD repair with open heart surgery. It went amazingly well, and Vinny was home with his big sisters just days later. He recently celebrated his first birthday, is feeding all by mouth, and walking everywhere. His care team is in awe at how much he’s grown.

“It was bittersweet to graduate from the Hearts at HOME Team because we are so thankful for them," says Vinny’s mom, Shayna Inama. “At the same time, we are so proud of Vinny and the progress he has made. A special thank you to his entire care team over the last year: Dr. Plummer, Jodi, Shannon, Karah, Eman, Meghan, Dr. Devaney, Dr. Bocks, Dr. Lozier, Dr. Strainic, and everyone else who helped Vinny along the way…It takes a village!”

As part of the Congenital Heart Collaborative’s comprehensive approach, Vinny’s team will keep an eye on his heart and his development over time. This program, called CANDI, ensures any potential developmental or learning issues are identified and addressed as soon as possible. 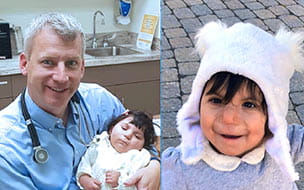 Dr. Doaa was halfway through her pregnancy and living out of the country when her doctor told her and her husband that there was a serious problem... 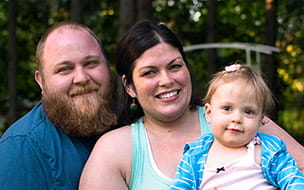 Heart Surgery Before and After Birth

After surgery, Abby was a new baby. She had more energy and strength, and her sweet personality really started to shine.