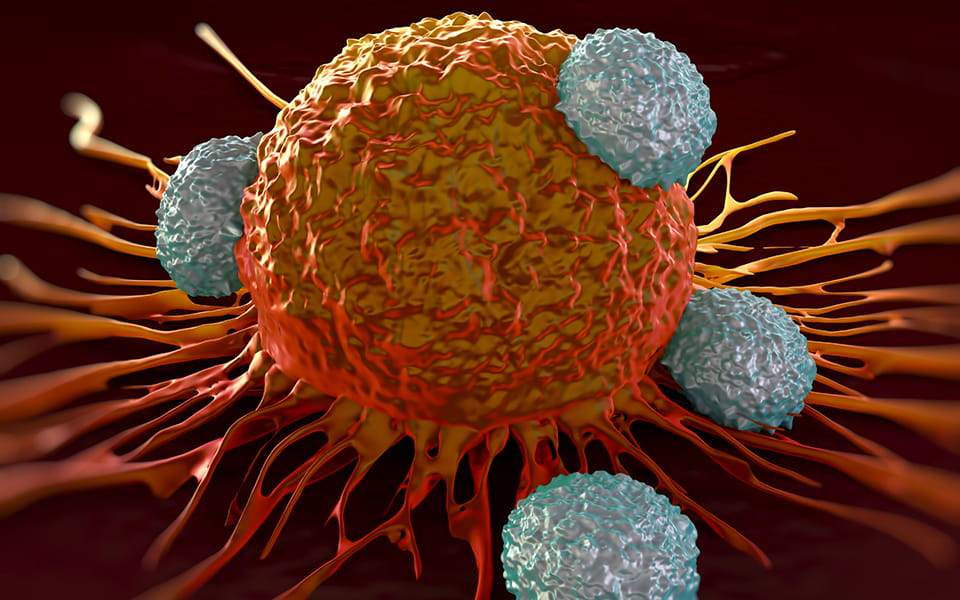 Every minute of every day, the body’s immune system is engaged in a microscopic battle – seeking out and destroying the abnormal cells, bacteria and viruses that cause infections and disease, including cancer. Each immune cell is a tiny warrior that is constantly working to keep the human body healthy. But sometimes, particularly when the enemy is cancer, the immune cells need a little help. With recent advancements in the field of immunotherapy, doctors can now offer some patients new hope in cancer treatment.

One new therapy enlists the help of the T-cells, a type of white blood cell that develops from stem cells in the bone marrow. Also known as T lymphocytes, T-cells are key players in the immune system and are distinguished from other white blood cells by a specialized receptor on their surface designed to detect cancer and other dangerous pathogens.

But cancer cells can be sneaky – sometimes they produce signals that disguise them and allow them to “hide” in the body, thwarting the immune system’s ability to find and kill them. This is when a type of immunotherapy known as CAR T-cell therapy may provide the immune system with the boost it needs to successfully treat certain cancers.

“CAR T-cell therapy has a huge potential to cure leukemias and lymphomas,” says Marcos de Lima, MD. “It’s not a widespread application yet, but the potential is huge.”

What is CAR T-Cell Therapy?

CAR T-cell therapy is a procedure by which a patient’s immune cells are removed from their blood, genetically modified in the laboratory, and reintroduced into the body.

The patient is connected to a special device called an apheresis machine through an intravenous tube in their arm. The blood flows through the machine, which extracts the white blood cells and sends the rest of the blood back into the patient. The T-cells are then isolated in the laboratory and augmented with a special receptor called a chimeric antigen receptor (CAR) that has been genetically engineered to recognize and target a certain protein in the patient’s cancer cells.

Millions of these CAR T-cells are grown in the laboratory and then returned to the patient by infusion. Once inside the body, the modified immune cells are better able to recognize, attack and kill the cancer cells. They become, in essence, “living drugs,” specifically programmed to destroy that patient’s unique cancer cells.

As the science progresses, Dr. de Lima says he expects there will come a day when cancer patients are prescribed generic CART-cells like any other drug. “We’d love to have an off-the-shelf product, and we are working toward that end result,” Dr. de Lima says. “Immunotherapy doesn’t help everybody, but researchers are always looking for new drug combinations and weaknesses in cancer cells that can be targeted so that, one day, everyone with cancer will benefit.”

A clinical trial of CAR T-cell therapy for patients with high-risk lymphomas began at University Hospitals in May 2018 with Paolo Caimi, MD,  serving as the principal investigator. Now more than two years in, Dr. Caimi and his team have promising findings.

Initial results show that patients with rapidly progressing lymphomas that haven’t responded to other treatments can be safely and effectively treated with CAR-T cells – aided by an abbreviated manufacturing process that now takes just eight days. Unlike the process at many other hospitals, the CAR T cells used at UH are manufactured locally in the Cellular Therapy Laboratory shared by UH Seidman Cancer Center and Case Western Reserve University.

Patients involved in the trial have relapsed or difficult-to-treat B cell non-Hodgkin lymphoma. The specific needs of these patients pushed the UH Seidman team to investigate whether they could compress the time required to culture the cells.

“Patients with rapidly progressive disease and urgent need for therapy have worse prognosis, and many are not able to receive CAR T-cells in time,” Dr. Caimi says.

Among patients in the trial, 70 percent achieved a complete response to CAR T-cell therapy. Several new patients have also enrolled in the trial in the last several months, showing similar results.

“We now have 23 patients who have been treated, with 24, 25 and 26 coming soon,” Dr. Caimi says. “Of those 23, we’ve had 16 patients in complete remission. That’s 70 percent, which is a fairly high rate of complete response. Salvage regimens for aggressive lymphoma achieve response rates of approximately 30 percent. Two people have had their cancer return at about the six-month mark. But we already have several patients who are more than a year out without any return of the cancer.”

Questions remain, but Dr. Caimi says he attributes much of the early success achieved to date to the local manufacturing process used here in Cleveland to culture CAR T-cells more quickly than are available elsewhere.

“The short manufacture times achieved by local CAR T-cell manufacture enables treatment of a very high-risk non-Hodgkin lymphoma population that would otherwise not be able to receive CAR T products due to rapidly progressive disease,” he says. 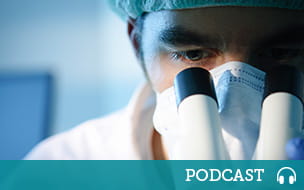 Understanding Clinical Trials: What You Need To Know

Keeping up on the latest medical research can be a benefit, but the sheer amount of information – and the sometimes contradictory results – can be... 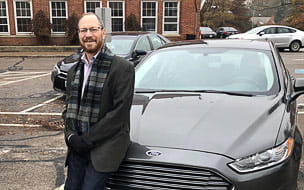 5 Lessons Learned From A Cancer Journey

Scott Garson was at a leadership retreat when he received the phone call that the biopsy showed cancer. His cancer treatment took nearly a year....