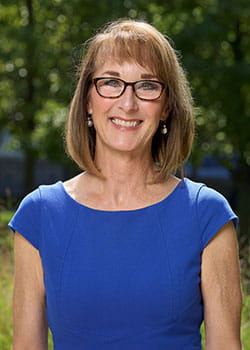 Heidi Gartland is a health care executive, community leader and lobbyist at University Hospitals of Cleveland a $4.5 billion comprehensive, integrated health system with a national reputation for providing world class healthcare, research and education. Headquartered in Cleveland, UH serves over 1 million patients through a network of 23 hospitals, more than 50 health centers and outpatient facilities, and physician offices in more than 200 locations across 16 counties in northern Ohio.

She leads UH’s external relations and strategy, including community relations, community benefit, corporate reinvestment, strategic economic-development projects, government and regulatory affairs, and diversity and inclusion commitments. She advocates for University Hospitals at the federal, state and local level, and is an experienced leader in health care public policy.

Ms. Gartland is also a dedicated civic leader. She was elected to the board of the Federal Reserve Bank of Cleveland in 2021. She also serves on the boards of the Trauma Centers Association of America (Washington D.C.--she serves as chair-elect of this national board), Ohio Children’s Hospital Association (Columbus), Evergreen Cooperatives (Cleveland), Business Volunteers Unlimited (Cleveland), Positive Education Program (Cleveland), Cleveland Neighborhood Progress (Cleveland), and In Counsel with Women (Cleveland). Ms. Gartland is the immediate past Chair of the Center for Health Affairs (Cleveland), is a member of the Enterprise Community Partners’ Policy & Advocacy Advisory Group, and serves on The United Way Cuyahoga County Accountable Health Community Advisory Board, as well as The Federal Reserve Bank of Cleveland Community Advisory Board. In 2019 she was appointed to Ohio’s Medicaid Medical Care Advisory Committee.

Previously, she chaired the boards of the Institute for Health Innovation (Columbus); NewBridge Cleveland; the Foundation for Healthy Communities (Columbus); Center for Health Affairs (Cleveland) and Voices for Ohio’s Children (Columbus). She also co-chaired the 2016 United Way of Greater Cleveland campaign, the Cleveland Foundation’s Economic Inclusion Management Committee, the Infant Mortality Community Health Action Team, which is part of the Greater University Circle Initiative, and was a member of the Northeast Ohio Area wide Coordinated Agency’s Advisory Committee.

Honors include election as a Fellow of the American College of Healthcare Executives (Chicago, IL) and as a board member of the American Leadership Council for Diversity in Healthcare (Chicago, IL). In 2014, Ms. Gartland was recognized as a Health Care Hero by Crain’s Cleveland Business and was a finalist in 2013 for Athena International’s Leadership Award. Inside Business magazine profiled her advocacy leadership in 2013.

Ms. Gartland completed her undergraduate degree at the College of Wooster (Ohio). She earned a Masters of Health Administration at The Ohio State University and a Certificate in Diversity Management from Georgetown University. Ms. Gartland is also an adjunct faculty member teaching Health Policy and Law in the MBA program of Baldwin Wallace University (Berea, OH) and teaching the Certificate in Diversity Management for the American Hospital Association (Chicago, IL). She is a regular speaker nationally and in Ohio on emerging health policy issues.

Ms. Gartland and her husband, Dan, live in Hudson, Ohio and they have two adult daughters.