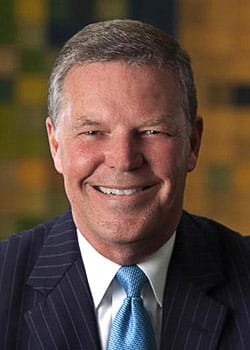 Retired Chairman and CEO
Sherwin-Williams
Chairman of the Board of University Hospitals, 2003-2007

Chris serves on the board of directors of the Rock & Roll Hall of Fame, and the Playhouse Square Foundation in Cleveland, Ohio. He also serves on the boards of directors of Eaton Corporation PLC, International Paper, and Yum! Brands, Inc., and previously served on the board of National City Corporation, Diebold, Inc., the Federal Reserve Bank of Cleveland (also serving as chair), The Greater Cleveland Partnership (also serving as chair), the National Association of Manufacturers, Keep America Beautiful, and the Fisher College of Business at The Ohio State University.

Chris is a graduate of The Ohio State University.